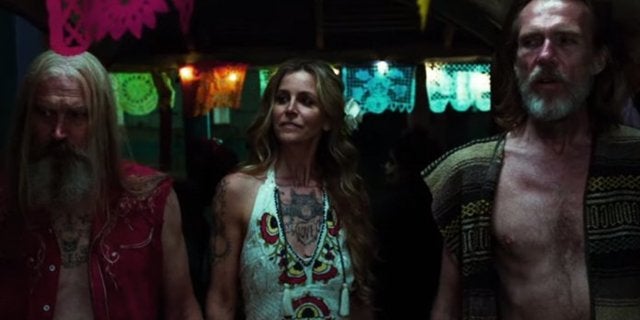 Filmmaker Rob Zombie released his debut feature film, House of 1000 Corpses, in 2003 after the film’s controversial subject matter and depictions of violence resulted in release date delays, delivering audiences an amalgam of his biggest genre influences. The film’s sequel, The Devil’s Rejects, took everything audiences liked about the original movie to a higher level, making for a more unique and compelling experience than its predecessor. After 14 years of waiting, fans will finally be getting a third film in the franchise with 3 From Hell, which has yet to earn an official release date. Zombie himself took to Facebook to tease that details about how fans can see the film will be coming next week.

It’s unclear if he’s referencing the film’s official release, a festival premiere, or possibly a sneak preview event, but we’ll likely find out in just a few days. Earlier this month, following the release of the film’s first teaser, Zombie answered the top five questions he was getting about the film.

Rob Zombie shared, “It has been a big day for questions about 3 From Hell. I will now try to answer the TOP FIVE.

1. Is Spaulding in the movie? Yes of course he is.

2. When does the movie take place? Immediately following Rejects.

3. How do they survive? Well, you have to see the film for that answer.

4. When is it coming out. The movie will be in theaters in September. Not sure of exact release date yet.

Zombie followed House of 1000 Corpses and The Devil’s Rejects with one of his biggest projects, a remake of John Carpenter’s Halloween, which earned a sequel. He then delivered audiences the ambitious The Lords of Salem in 2013 and 31 in 2016. With his most recent films earning more limited releases, it’s unclear if 3 From Hell will earn a wide release or debut with a combination of theatrical screenings and streaming services.

Stay tuned for details on 3 From Hell.

Are you looking forward to the new film? Let us know in the comments below or hit up @TheWolfman on Twitter to talk all things horror and Star Wars!