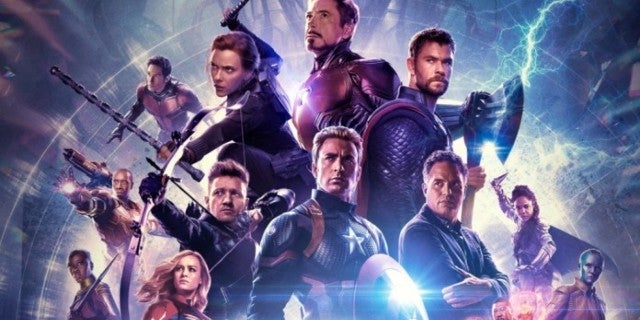 There are a lot of major, game-changing moments in Avengers: Endgame. The epic film not only brings together the stories and narrative threads of the previous 21 films of the Marvel Cinematic Universe, but it also breaks new ground for the franchise with the introduction of its first openly-gay character. It’s a small moment, a nameless man played by director Joe Russo himself, but it has received a lot of attention by fans and critics alike. But according to Marvel Studios president Kevin Feige, the moment was never meant to be showcased as such a big “first”

In an interview with Mashable, Feige explained that the appearance of Russo’s anonymous gay man participating in Steve Rogers/Captain America’s (Chris Evans) support group was just meant to be a small step forward.

“It was just meant as a small step, to say and attest, to not have to be made a big deal about it, to have Steve Rogers, this noble hero, not even blink an eye at it, when he’s dealing with this grieving man and this grieving support group,” Feige said.

Just in case you need a brief refresher, there is a moment in Avengers: Endgame where Steve is running a grief support group for those struggling with the horrible losses caused by the Snap in Avengers: Infinity War. A man, played by Russo, opens up about having finally gone a first date with a man after presumably having lost his partner and while the experience was difficult, he was planning a second date. It was a small example of moving forward in this post-Snap world, quietly celebrated as such by the group. Despite the briefness and simplicity of the moment, the scene quickly made headlines. Even Russo talked about how important it was for him and his co-director, brother Anthony Russo, to include this LGBTQ representation in the film.

“Representation is really important for us in these movies and I think the thing we are happiest most about Marvel moving forward is it’s becoming incredibly diverse,” Russo said soon after the film’s initial release. “We’ve done four of these films and it was incredibly important to us to have a gay character represented somewhere in one of these four movies. We felt so strongly about it that I wanted to play that character in the film.”

While it was clearly important to the Russos, however, Feige makes it clear that the moment truly wasn’t intended to be the bit first for LGBTQ representation in the Marvel Cinematic Universe. That, he explains, is coming soon.

“It was not meant to be showcased as the first, put on a pedestal as the first,” Feige said. “We are doing that soon, in a way that is meant to do that, and I’m sure we’ll get scrutiny in various ways. But it’s important.”