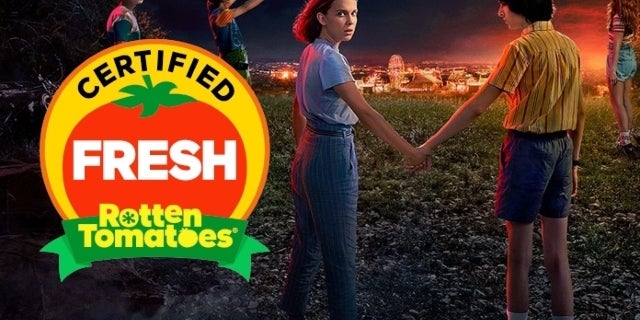 ComicBook.com’s Patrick Cavanagh gave this season a perfect five stars, saying the outing is the best of the series.

“Stranger Things Season Three manages to both be exactly what you wanted and nothing like you expected, with its summer setting shifting from the confounding mysteries of the Upside Down and Dr. Brenner into an explosive and action-packed romp towards adulthood,” Cavanagh says of the series. “Despite its rocky start, the creators and performers find a way to pull off the impossible and deliver the best season yet, all while honoring their loyal fan base and challenging them to want more from a series known for playing it safe.”

Elsewhere, series star David Harbour is feeling pretty good about the series. In an interview with ComicBook.com, he told us this year’s season finale is a masterpiece, saying there was a time in which he laughed and cried at the same time.

“Especially when you get around episode eight, there are moments where you’re laughing and crying at the same time,” Harbour told us last week. “Where I was yelling at the television screen, and I’m not that type of guy, but I think it really has outdone itself. And I would be very surprised if this wasn’t your favorite season, and I’d certainly be very surprised if you didn’t think that episode eight was the best thing we’ve ever shot, because I’m convinced that that episode is so, so unexpected, so beautiful, so big, so tight. Not a second of downtime, not a second where you’re waiting for anything. To me, it’s a masterpiece. Episode eight is a masterpiece.”

What’s been your favorite episode of the show so far? Let us know your thoughts in the comments below!