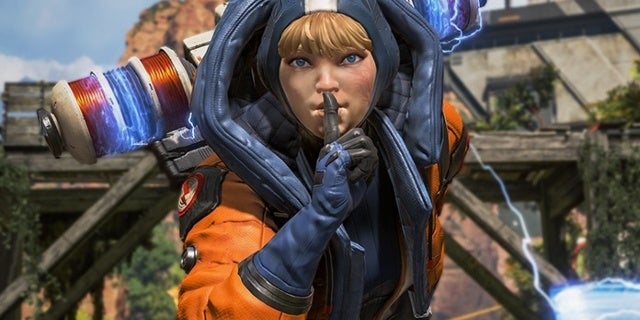 A new feature is coming to Apex Legends in the next few weeks that the higher-ups at Electronic Arts are calling “the most fan-requested feature since launch.” Without knowing what that feature is yet, one can only assume that it’ll indeed be a sizable, noteworthy addition to the game. We do at least know that it’ll be connected to a new event that’s releasing in the next few weeks, so any teasers for that before it kicks off should give an indication of when to expect this highly anticipated feature.

We can only assume it’ll be highly anticipated based on the comments from Electronic Arts CEO Andrew Wilson whose remarks about the event were documented in the company’s latest financial report. Apex Legends continues to perform for Electronic Arts, according to Wilson, with the game’s live-service model set to “drive engagement over time.” With Season 2 now underway, Wilson said the game “outperformed” Electronic Arts’ expectations as more players became active.

This engagement is driven partially by in-game events that pretty much any battle royale game will have, and it’s this type of event that’ll usher in whatever this new feature may be. Wilson also looked beyond this next event and into Apex Legends Season 3 which will expectedly be even bigger than the current season.

“In each season, there are in-game events that are additional drivers of engagement – such as the event coming in the next few weeks that will bring new content and deliver one of the most fan-features since the launch of Apex. There will be more updates and in-game experiences in the weeks to come for Season 2, and Season 3 is shaping up to be even bigger.”

Again, it’s hard to ascertain what feature this event might bring without any more details from the conversation. Apex Legends players have many requests for features they’d like to see, some of them good and others bad, but this feature is supposedly one that’s at least been request quite a bit. One possibility is that the game will get another mode where different team compositions other than the current three-Legend format. This would likely present itself Electronic Arts with a few balance challenges that need adjusting seeing how the current roster has been balanced for teamplay, but this has certainly been one of the more requested features.

Whatever this feature might be, look for Electronic Arts to share news about it in the next couple of weeks as it enters Apex Legends.