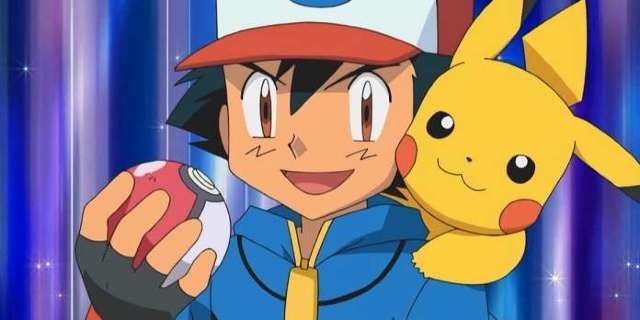 For as long as the Pokemon anime series has existed, Ash Ketchum has been the protagonist. The eternal 11 year old Pokemon trainer has spent his time bouncing from region to region, trying to catch all the pocket monsters he possibly can. In the Japanese version of the franchise, Ash’s name is actually Satoshi and while the character has been voiced by different actresses in the English dub, there has been one woman supplying his voice since his inception: Rica Matsumoto. We got the chance to talk with Rica about her work with Satoshi and how the new movie has connected her with new fans!

Rica’s new interpretation of Ash on film, the upcoming re-interpretation of the first Pokemon movie Mewtwo Strikes Back: Evolution, will be completely re-interpreted in computer graphics. We chatted with Matsumoto to get her thoughts on how the latest film in the long running pocket monster franchise brought her closer to her fans here in the West:

Rica Matsumoto: I’m so happy to be here. To the point that I thought, “Is this Japan?! Is this Japan or is this Los Angeles? Because this is the voice of Satoshi here that I’m hearing! What’s going on? Is this Satoshi or is this Ash?” And I know that you all love the characters that we have developed in Pokemon, but I want you to know that there’s been … in parallel with all of the adventures and all of the battles that Ash has been fighting over these 20 some odd years here in the United States, there’s also Satoshi in Japan who is also Ash in Japan, who’s also been fighting those same battles. And it’s amazing to be here, and to see you guys enjoy this at this level. I’m so happy to see this. Thank you so much. I feel like I am connected through this film with Satoshi and Ash.

It’s an amazing testament to Rica’s commitment that she has been supplying the voice of Ash Ketchum, aka Satoshi, for twenty plus years within the Pokemon franchise. Even though Ash has been eleven years old since the series’ inception, he’s made a ton of friends and grown throughout his many journeys. Matsumoto will continue giving Satoshi his voice throughout the entirety of Pokemon: Sun and Moon, where the young Pokemon trainer is currently attempting to take home the gold when it comes to the Alola League.

Will you be checking out Pokemon: Mewtwo Strikes Back Evolution when it released down the line? Who is your favorite voice actor for Ash Ketchum/Satoshi? Feel free to let us know in the comments or hit me up directly on Twitter @EVComedy to talk all things comics and anime!

Chucky TV Show’s Final Episode Featured its Most Gruesome Death
Hawkeye Set Photos Reveal New Look at Echo vs. Kate Bishop Fight
Disney Wanted to Edit Out All Swearing From The Beatles: Get Back
Next PS5 Target Restock Will Reportedly Be One of the Biggest Restocks Yet
Apollon #1