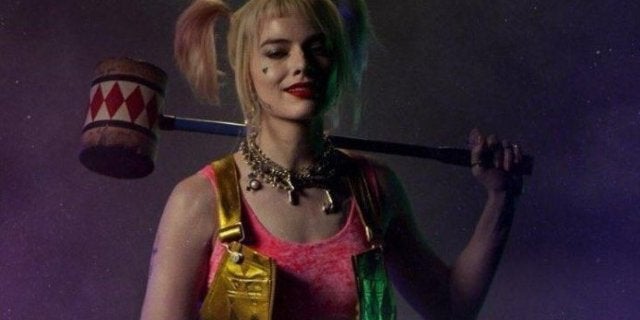 The first teaser for Birds of Prey (And The Fantabulous Emancipation of One Harley Quinn) has surfaced online. This version of the teaser is in Ukrainian and shows brief glimpses of the film’s cast in action.

Hodson has previously explained the appeal of these characters. “I just fell in love with Harley,” Hodson said of the character. “She makes me laugh, but she also makes me cry…She’s got such emotional depth that is completely contrasted by this light, superficial, fun exterior. Even in the comics when she is at her best, she’s doing something bad — and when she’s at her worst she’s doing something good. And that makes her so interesting and so much more real because that’s what people are like in real life. Very few people are just purely heroic or purely villainous, and she is this wonderful balance of everything.

“This, I can say: [Robbie] is an amazing producer. She’s so dedicated, cares so much, she is in it and works so hard — looks through every choice, reads through every draft, and has super-smart notes. I am all about finding good people you believe in as human beings as well as being good creative partners and because it’s an investment — writing these movies takes it out of you. I’m also just excited that [director Cathy Yan] is a woman and she’s Asian. That’s a big deal.”

Robbie has teased that the film will have some impressive stunts. “I can’t talk about them since the movie isn’t out yet,” she said. “There’s a lot of really cool stunts in the Birds of Prey movie. Quite a few of them, I couldn’t do, because they were just too risky. But no, I’m constantly amazed by stunt performers. One of my brothers is actually a stuntman, so I have a deep appreciation for it.”

Are you excited about the Birds of Prey movie? Let us know in the comments! Birds of Prey (And The Fantabulous Emancipation of One Harley Quinn) opens in theaters on February 7, 2020.