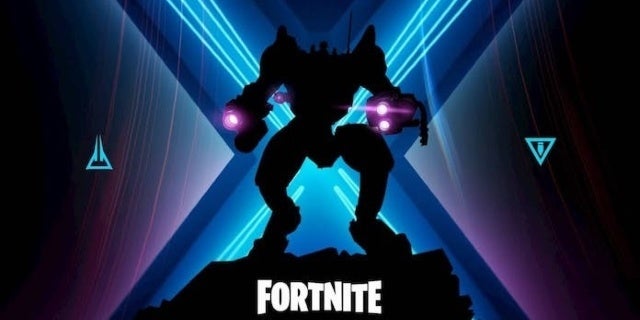 Fortnite players have entered into the weekend without mechs stomping around them, and that’s been a reason for celebration for many people within the community. The game’s most contentious feature that was added in Season X has been disabled, but only temporarily. That brief respite from the B.R.U.T.E. vehicles has been enough to warrant another wave of the mech-removal campaign, though the push to have the mechs out of the game never really went away.

Epic Games announced the temporary removal of the Fortnite mechs on Twitter on Friday, a removal tied to “an issue caused by its air stomp attack.” The announcement didn’t given an ETA of when the mechs might be back in Fortnite, and while other issues have been fixed since then, the mechs still aren’t back in the game.

The B.R.U.T.E. has been temporarily disabled from all playlists while we resolve an issue caused by its air stomp attack.

We’re working to resolve this issue and will provide an update when we have more information.

Unsurprisingly, many members of the Fortnite community would see the mechs stay in their disabled state that they’re currently in. Ever since the mechs were added, players have been campaigning to have them removed from the game, and this latest announcement about a problem with the feature was an open invitation for more of these comments.

Fortnite: Mechs have been disabled. Every one else: pic.twitter.com/scj6otBRwM

Since the mechs are disabled my fps has been alot better. Maybe that is a sign that they should stay out of the game. Smile 🙂 #Fortnite #removethemechs @FortniteGame

Imagine that, they take the mechs outta fortnite and I’ve already won 2 solos this morning. 😂

Epic Games has stood firmly behind its decision to keep the mechs in the game though, so this temporary removal should indeed be regarded as a momentary one. The developer has nerfed the mechs in the past however with another wave of nerfs following not long afterwards, but their presence in the game is still a point of frustration for players.

It doesn’t look like they’re going anywhere anytime soon though, at least not for this season. In a post which addressed the calls to have the mechs removed, Epic Games said the mechs are a way to provide everyone with a “fun experience” regardless of skill levels. The developer said the feature also provides “spectacle and entertainment” when playing Fortnite.