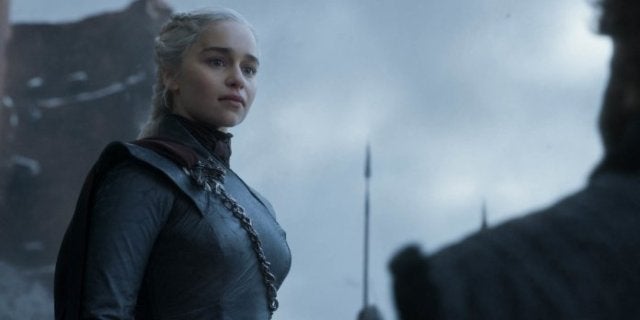 Despite ending on a controversial and polarizing note, Game of Thrones broke its own record by earning 32 Emmy Awards nominations for its final season on HBO. As revealed in an interview for Star Channel, the Japanese home of Game of Thrones, even the showrunners were surprised by that number.

DB Weiss says he expected season seven to be the show’s peak in terms of awards recognition “It was kind of surprising. I did not know that we expected that. At least in my mind, I thought that the last season would have been the peak and that we would’ve ended up with maybe a couple less, at best,” Weiss explains. “I felt very happy for all of our team of people, all of the actors and all of the crew who got recognized because each made us feel really proud of them and happy for them, because we know first-hand how hard they worked. We saw it every day for many years.”

David Benioff adds, “And it’s also just fun because once people get nominated, that means they come to L.A. for the ceremonies. Ten of the actors are nominated, and so many of the crew members, so it’s just a great excuse for everyone to get drunk again.”

Benioff and Weiss also looked back at the entire decade they spent working on Game of Thrones. “To have it become what it became, and to be able to spend not one year or two years but more than ten years of our lives making it at this level, with the people we got to work with, all them, behind the camera…”, Weiss says.

“We didn’t have any idea that the show would be so big because when we first started going to Northern Ireland, where we shot the show, the customs officers would ask us what we were doing there,” Benioff adds. “We’d say ‘We’re working on this show…’ And they’d say, ‘What is Game of Thorns?’ And then, by the third season, we’d see the customs guys and — literally this happened in the Heathrow Airport — and the guy was reading A Game of Thrones, George [RR Martin]’s book, and we knew that something was starting to cross the threshold of public awareness.”

What did you think of the number of Emmy nominations given to the final season of Game of Thrones? Let us know in the comments.

(h/t Watchers on the Wall)