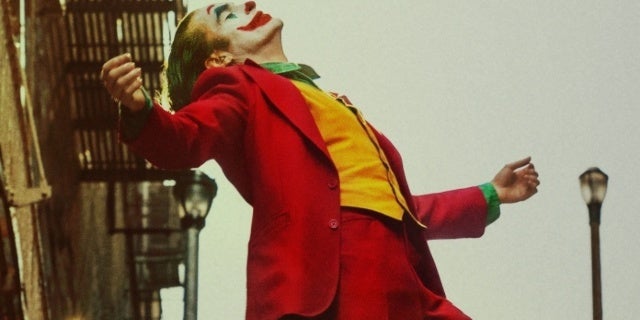 Joaquin Phoenix says his take on the iconic Batman villain in Joker is one the star wanted to avoid being “identifiable” by real-world psychiatrists.

During the film’s Saturday press conference in Venice with co-star Zazie Beetz and writer-director Todd Phillips, Phoenix said his approach to the character “started with the script and talking with Todd.” Phoenix also consulted a book about “assassins and would-be assassins,” which Phoenix said “kind of breaks down the different types of personalities that do those sorts of things.”

“But as soon as I started to identify — because I did identify Arthur as a particular personality, a particular type — but I also wanted the freedom to create something that wasn’t identifiable,” Phoenix said of his failed comedian Arthur Fleck. “This is a fictional character, and I didn’t want a psychiatrist to be able to identify the kind of person that he was. When you get into the sort of medications, you’re talking about what issues he may have, and it would always feels like… let’s step away from that, and we want to have the room to kind of really create what we want. And so there was kind of this balance.”

Phoenix was not influenced by past portrayals of the character — including Heath Ledger’s Academy Award-winning turn as the clown prince of crime in 2008’s The Dark Knight — and instead built the character from a blank diary supplied by Phillips.

“Very early on in the rehearsal, I was given a journal and joke diary. And that was really helpful, because I’d been in it for a couple weeks, and I wasn’t sure how I was gonna start,” Phoenix said. “All of a sudden I was given this journal, and I didn’t know what to write, so I asked [Phillips] for some suggestions, and you sent some over. And after a few days, I ignored your suggestions [laughs], and suddenly I was just writing. It was just coming out. It really became an integral part of the discovery of the character for me.”

The well-reviewed Joker was received at its Venice Film Festival premiere Saturday with an eight-minute standing ovation. Joker opens October 4.