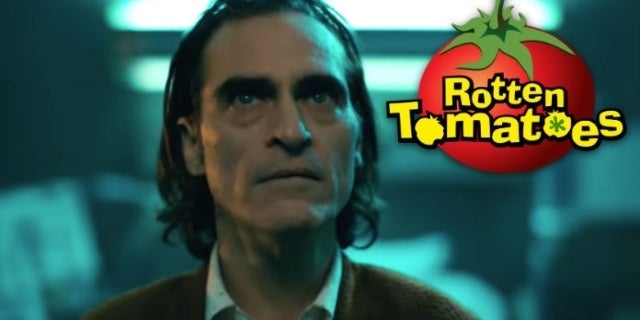 Joker, the new Todd Phillips film that follows the origin story of Batman’s biggest foe, premiered at the Venice Film Festival this week and has been met with mostly positive reactions. The film, which stars Joaquin Phoenix in the titular role, already has a score up on Rotten Tomatoes, and it’s currently living Fresh at 86%.

#Joker gives its infamous central character a chillingly plausible origin story that serves as a brilliant showcase for Joaquin Phoenix – and a dark evolution for comics-inspired cinema.#JokerMovie is #Fresh at 86% on the #Tomatometer, with 22 reviews: https://t.co/V798AlHmGX pic.twitter.com/3aWMb9DGB1

“#Joker gives its infamous central character a chillingly plausible origin story that serves as a brilliant showcase for Joaquin Phoenix – and a dark evolution for comics-inspired cinema. #JokerMovie is #Fresh at 86% on the #Tomatometer, with 22 reviews,” Rotten Tomatoes tweeted.

Here are some of the positive reviews currently on the website:

“Nobody who sees this new film will ever need any other version,” David Sexton of London Evening Standard wrote.

“Joker is a dark, brooding and psychologically plausible origin story, a vision of cartoon sociopathy made flesh,” Justin Chang of the Los Angeles Times praised.

However, a few critics were not on board with the film:

“Phillips may want us to think he’s giving us a movie all about the emptiness of our culture, but really, he’s just offering a prime example of it,” Stephanie Zacharek of TIME Magazine added.

ComicBook.com’s own Brandon Davis was a fan of the film, calling it an “insane masterpiece.” You can read his review here.

“Drama. Joker centers around the iconic arch-nemesis and is an original, standalone story not seen before on the big screen. The exploration of Arthur Fleck (Joaquin Phoenix), a man disregarded by society, is not only a gritty character study but also a broader cautionary tale.”

Joker is hitting theaters on October 4th. Other upcoming DC films include Birds of Prey (and the Fantabulous Emancipation of One Harley Quinn) on February 7, 2020, and Wonder Woman 1984 on June 5, 2020.