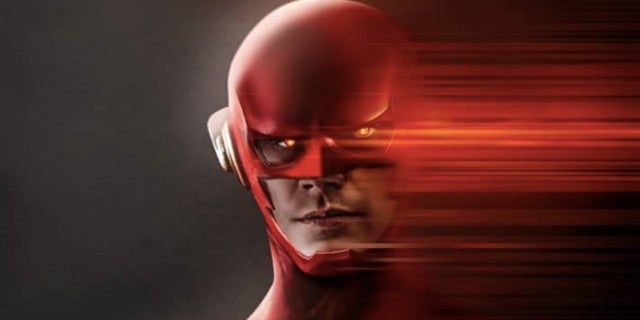 The Flash is in for some grave challenges during this upcoming season, and he’s going to need every ally and tool in his arsenal to save the world. Bosslogic decided to have him adopt the costume that started it all to gear up for “Crisis on Infinite Earths.” John Wesley Shipp was The Flash on TV before the CW even existed, and he’s played a big part in the series in playing Barry Allen’s father Henry. The actor also plays Jay Garrick in some of the adventures with the old Flash costume from the comics.

Team Flash constantly runs into different futures, timelines, and dimensions in their adventures. Garrick is a familiar face over the seasons of the show and his suit in the CW incarnation resembles the Golden Age incarnation of the character. Bosslogic takes his inspiration from the actor’s time playing The Flash on TV many moons ago. The clarity is top-notch, and the image bristles with energy.

Crisis on Infinite Earths approaches, and Barry Allen is looking down the barrel of some pretty serious opposition. Fans are watching carefully as the event could spell the end of CW’s Arrowverse as we know it. Arrow comes to an end this season. Many people even wonder if the group of shows should even be considered the “Arrowverse” anymore if there’s no Oliver Queen at the center of it. Grant Gustin (Barry Allen) isn’t ready for that drastic of a change.

Stephen Amell joked that the entire universe would never be called the “Flashverse,” because it doesn’t have the same ring. Turns out, Gustin wholeheartedly agrees with that assumption. He told Comicbook.com during San Diego Comic-Con, “It stays the Arrowverse. It’s fair.” The soon-to-be senior actor in the CW’s superhero lineup is not trying to make any waves with the baton passing. It will be up to the other CW properties to step into the void created by Arrow’s departure.

Arrow and The Flash have so much history as the former introduced audiences to this incarnation of Barry Allen. There’s a universe where that guest spot doesn’t take hold and the Arrowverse looks dramatically different than it does today. Some suspect that the latest “Crisis” will present a new unified status-quo where all of Supergirl, The Flash, Black Lightning, and Legends of Tomorrow all take place in the same universe. Fans will just have to wait and see. Who knows, fans already have seen Barry go through a couple of costume changes. Maybe there will be a larger nod to this classic one coming up.

The Flash premieres on October 8th. Supergirl’s fifth season will begin Sunday, October 6th at 9/8c on The CW. Arrow will premiere on October 15, 2019.