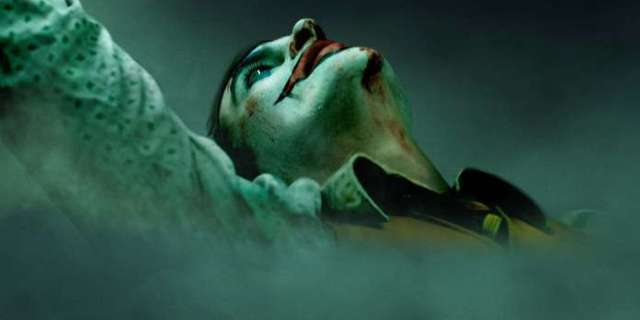 A new Joker television spot rounds up praise from critics for the new DC Comics film. Fans are now mere days away from being to see the Todd Phillips-directed feature for themselves. The film already made its film festival debut. The TV spot features quotes from several critics singing the praise of the film, and of star Joaquin Phoenix in particular. The TV spot includes a quote from Brandon Davis of ComicBook.com calling the film “an unforgettable piece of cinema.” Another TV spot reveals new footage from the film. You can watch both spots above.

Joker debuted at the Venice International Film Festival. It debuted to rave reviews and took home the festival’s top prize. The film opens in theaters in October and is expected to have one of the biggest R-rated openings in box office history.

“Online chatter is embracing the hype, and our metrics now point to this clearly being the ‘water cooler’ type of movie that inspires interest from a variety of demographics — not unlike another creepy clown movie from Warner Bros. in September 2017,” analyst Shawn Robbins said of Joker‘s box office potential. “We remain cautious in expectations for staying power as the R-rated film is likely to be divisive among general audiences, but odds at becoming the first-ever $100 million+ opener in October history look increasingly favorable.”

In interviews, Phoenix has avoided classifying Joker as a traditional superhero or blockbuster movie. “I wouldn’t quite classify this as like any genre,” Phoenix said during an interview. “I wouldn’t say it’s a superhero movie, or a studio movie or a … It feels unique, and I think more than anything, and probably the most important thing, is Todd seems very passionate about it and very giving, and so that’s exciting.

“I think, underneath the excitement of these films, and the size of them, there are these incredible characters that are dealing with real-life struggles. And sometimes that is uncovered and exposed, and sometimes it isn’t, and so I always felt, like, there were characters in comics that were really interesting and deserve the opportunity to be kind of . And so I think that’s what Todd sees appealing about this idea.”

Are you excited to see Joker? Let us know in the comments. Joker opens in theaters on October 4th.