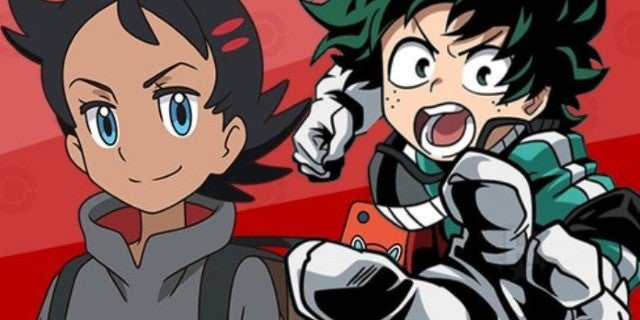 With the launch of Pokemon Sword and Shield coming to Nintendo Switch this November, there will also be a new generation of the anime series to mark the occasion. But unlike previous eras, the anime will be going through quite a significant reboot. Pokemon: The Series will not only feature the mainstay of Ash Ketchum as he goes on his journey to become a Pokemon master, but will introduce a second main protagonist, Gou, voiced by Daiki Yamashita — who fans might recognize as the voice of Izuku Midoriya in My Hero Academia.

But Yamashita won’t be the only My Hero Academia veteran coming along for the new era of the Pokemon anime as the series’ composer, Yuki Hayashi, took to Twitter shortly after the announcement of the new anime to confirm that he has taken over as music supervisor from Shinji Miyazaki.

It’s going to be a pretty big Fall season for Yamashita as not only will fans see his debut in the new anime, but fans will also get to hear his work as Izuku Midoriya again with the My Hero Academia Season 4 in October. Not only that, Yamashita can be found in other Fall anime debuts such as No Guns Life and Young Disease Outburst Boy too.

Pokemon: The Series is currently scheduled to premiere November 17th in Japan. This groundbreaking shake-up for the series will not only feature the Galar region from Pokemon Sword and Shield, but will see Ash journey through previous regions in the franchise once more. But for those who might have wanted this new series to move beyond Ash, they’ll sort of get their wish as the next series will be featuring dual protagonists. The new series will introduce Gou, designed by Pokemon character designer Ken Sugimori, who has a Scorbunny as his partner Pokemon and is also out to catch ’em all.

Staff confirmed for the new series include Daiki Tomiyasu serving as chief director for OLM, Maki Odaira as series director, Kunihiko Yuyama as creative supervisor, Shoji Yonemura overseeing series construction, Shuhei Yasuda serving as character designer, and Masafumi Mima as sound director. The series is bound to be one of the biggest eras of the anime series for quite some time, and certainly shows a lot of promise as more details steadily are revealed the closer we get to its November premiere.