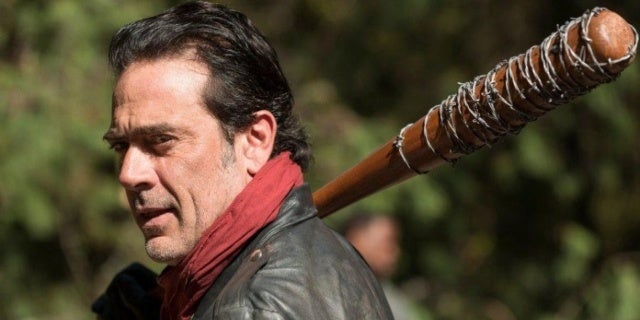 The worlds of The Walking Dead and PlayerUnknown’s Battlegrounds are colliding in a very big way. AMC, Tencent Games, and PUBG Corporation announced today that The Walking Dead — specifically the television series — is coming to PUBG Mobile, the mobile version of the incredibly popular battle royale video game. That includes the likeness of the show’s Daryl Dixon (Norman Reedus) and Negan (Jeffrey Dean Morgan) among others.

More specifically, the mobile video game is set to include the following limited edition in-game items and skins starting tomorrow, October 1st. The exact end date for this crossover event has not yet been announced:

Of these, Daryl’s Motorcycle and the Daryl Dixon Skin are featured in the promotional image used for the announcement as well as the video. Given what they look like, the rest of the skins should feature the likenesses of the actors from the show as well, which returns for Season 10 this Sunday, October 6th.

The Walking Dead has arrived in PUBG MOBILE!

Play as your favorite characters, or utilize their iconic gear, to overcome a threat more dangerous than any walker! #TWD pic.twitter.com/f5yirggkBF

As for why Daryl’s motorcycle was included but not his crossbow, Vincent Wang, General Manager of Global Publishing Department at Tencent Games, explained to Screen Rant why that choice was made.

“While Daryl is very capable with a crossbow, we felt that players would be much more excited to rev the throttle on his motorcycle,” Wang said. “Also we are releasing a rocket launcher which we think Daryl Dixon fans will enjoy.”

What do you think about the two franchises teaming up? Does this make you interested in trying PUBG Mobile out? Let us know in the comments, or hit me up directly on Twitter at @rollinbishop to talk all things gaming!

PUBG Mobile is currently available for iOS and Android for free. The Walking Dead collaboration event is set to begin tomorrow, October 1st, and will run through early 2020 with seemingly no definitive conclusion set at this time. You can check out all of our previous coverage of the mobile game right here.