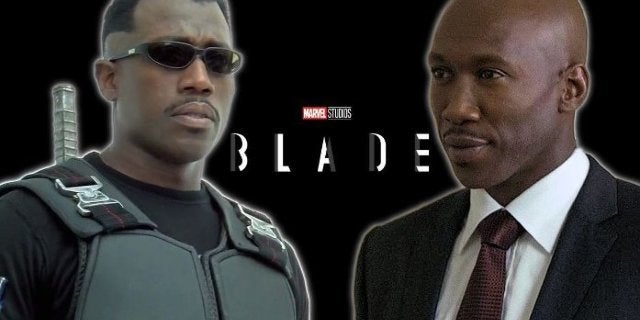 Wesley Snipes is opening about his thoughts on Mahershali Ali becoming the next actor to portray the Marvel character of Blade. At San Diego Comic-Con, Ali was revealed by Marvel Studios president Kevin Feige as the next actor to become the vampire in a film which will be set in the ever-expanding Marvel Cinematic Universe. A release date for the movie and first appearance for the actor in the part was not revealed but, immediately, the Internet began wondering what Wesley Snipes might think. While he offered up his first comment to ComicBook.com following the announcement, Snipes is now going in to further details while talking about Ali’s taking over of Blade.

“People are very, very sneaky. They try to make it about the actors,” Snipes told AP. “It’s not about me and him. I’m happy for him to be considered. I’m happy for them looking at him. Flattery… what do they say? Imitation is the best form of flattery. It’s something that he has acknowledged that he wanted to do and his family wanted him to do it, so I’m appreciative of him getting the love that I’ve created something that others want to carry own and make their own stamp on.”

Snipes portrayed Blade in a trilogy of movies released between 1998 and 2004. The character has since been dormant but remains resonant with fans as the comic book movie genre has exploded at the box office in the years since.

“To all the DAYWALKERS losing their minds right now, chillaaxx. Although the news comes as a surprise, it’s ALL GOOD. Such is the ‘business’ of ‘entertainment!’ Much peace to the MCU crew – always a fan,” Snipes said in an earlier statement given to ComicBook.com. “Honor and respect to the grandmaster Stan. Congratulations and Salaam to Mahershala Ali, a beautiful and talented artist whose expressions I look forward to experiencing for many years to come. Inshallah, we will someday work together. Most importantly to my loyal fans, the incredible outpouring of love is overwhelming. I am grateful for the never-ending support. So, ‘nah fret nah worry, it’s not de end of de story.’ Welcome to the Daywalker Klique.”

Exact details of the upcoming reboot have yet to be revealed, though Feige himself has confirmed the movie will take place in Marvel’s Phase 5 which starts in 2022, at the earliest. There isn’t a writer or director attached yet, but ComicBook’s Charlie Ridgely has an idea of ten directors that could fit the bill which you can see here.