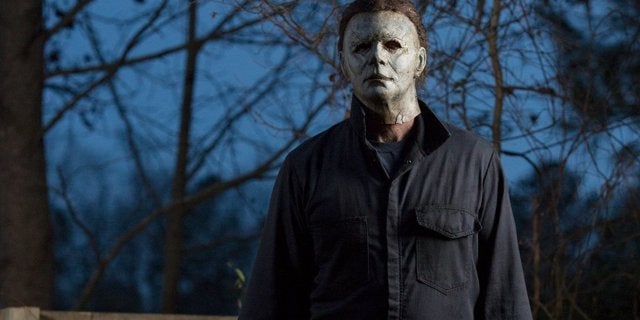 Is there a better way to celebrate Halloween than with a new look at the iconic horror franchise that shares its name? Probably not. Fortunately for all of the Halloween fans out there, Laurie Strode has you covered. The star took to Twitter on Thursday morning and spread some Halloween chills with a short behind-the-scenes teaser for the next movie in the franchise, Halloween Kills, which is currently in production.

The footage in the video shows the cast and crew hard at work at the new Halloween sequel, as well as a few new looks at the returning characters. Of course, it wouldn’t be a teaser for Halloween without Michael Myers, and this video spends a few shots teasing the survival of the ever-popular slasher villain. You can take a look at the full teaser in the tweet below!

“‘Tis the season…. to start screaming,” Curtis wrote in the post. “First look at the mayhem David has created for all of you.”

‘Tis the season….. to start screaming. First look at the mayhem David has created for all of you. @halloweenmovie #halloweenkills #strodesstrong @universalpictures @miramax @blumhouse @halloweenmovie pic.twitter.com/klrpzk1Ykg

The David that Curtis is referring to is director David Gordon Green, who is also credited as co-writer and executive producer. Along with creative partner Danny McBride, Green helped revive the Halloween franchise with the reboot/sequel in 2018 and was quickly handed the reins for two more films. Halloween Kills and Halloween Ends are being shot back-to-back, with Kills set to release in 2020 and Ends coming in 2021.

Similar to other recently-reboot franchises, the 2018 Halloween film essentially erased all of the sequels from the past couple of decades, keeping only the events of John Carpenter’s 1978 Halloween as canon. According to Curtis, these next two installments will continue to pull from the original Halloween story.

“What I love that David and Danny and company did is they connected the dots for 40 years, now they’re going back to really unpack the first movie, bringing back all those characters whose lives were affected by what happened in 1978,” Curtis told Collider this year. “That’s what the third movie ultimately is, a very powerful examination of violence. It comes at it from a slightly different way. You’ll like it… If you believe in me at all, I promise you what David Gordon Green has come up with as a way to complete this trilogy is sensational.”

Are you looking forward to the arrival of Halloween Kills and Halloween Ends? Let us know in the comments!