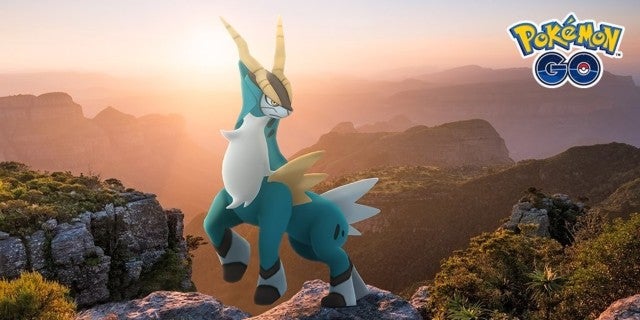 Pokemon Go will be adding Cobalion as its next Legendary Raid Boss. Pokemon Go will add the Steel/Fighting-type Pokemon as the next Legendary Pokemon, beginning on November 4th. The Pokemon is one of the three Swords of Justice, a group of Legendary Pokemon who emerged to fight humans that threatened the safety of Pokemon. Cobalion first appeared in Pokemon Black and White and will be the first “Gen 5” Legendary Pokemon added to the game. It’s expected that Cobalion’s fellow Swords of Justice Terrakion and Virizion will be added soon.

⚔️ Cobalion, the Iron Will Pokémon, will soon make its legendary debut in Pokémon GO!
The trio Cobalion is part of are rarely seen apart, Trainers… Will you be ready when the others come charging into five-star raids? ⚔️ https://t.co/k6vJshxaUe pic.twitter.com/Q0N92E7iwG

Cobalion, like most other Legendary Pokemon, will be added to the game as a Tier 5 Raid Boss. As a Steel/Fighting dual-type Pokemon, Cobalion is weak to Fighting, Ground, and Fire-type Pokemon. Players will want to use Pokemon like Machamp, Groudon, Chandelure, Blaziken and Moltres when fighting Cobalion in Raids. Unfortunately, Cobalion isn’t a particularly strong Pokemon in terms of Pokemon Go‘s metagame, so most players will likely only want to catch it to add it to their Pokedex.

Cobalion will be available from November 4th through November 26th. With Darkrai leaving raids tomorrow, players will get to battle the Legendary Golem trio (Regice, Registeel, and Regirock) over the weekend as part of the Colossal Discovery mini-event. Players can purchase an in-game event ticket to unlock a Special Research quest to obtain Regigigas as part of this weekend’s festivities.