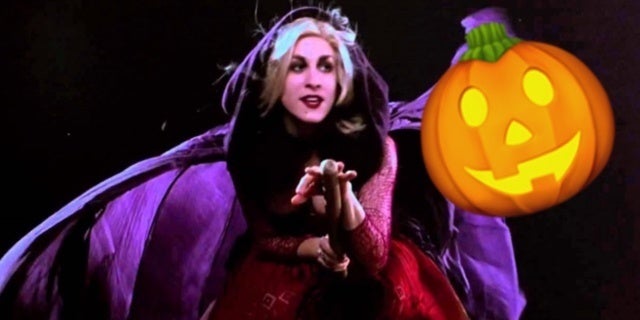 Halloween is usually a time for merriment and gorging on candy. But, for Sarah Jessica Parker and Matthew Broderick, the holiday has become the scene of a slightly spooky crime. Wednesday saw the actress post on Instagram about the “Halloween Heist of 2019,” as she’s calling it. Some mischievous sprites in her neighborhood decided it would be a good idea to make off with the family’s pumpkins. But, their house wasn’t the only one targeted, as many of the other homes in the area discovered that their pumpkins had been pilfered as well. Halloween decorations were missing all up and down the block as someone decided that tricks would be the way to go for this frightful holiday. Now, luckily, a good samaritan has helped to replace the decorative gourds that were pilfered, but those pumpkin thieves are definitely still at large.

In the clip, Parker says, “All of our pumpkins were stolen, as were all the other pumpkins on our block. It is officially the Halloween heist of 2019. My husband stated, ‘Decency is dead.’ But we will salvage the intended carving. We will find last-minute pumpkins and we will hope this case does not remain cold.”

Luckily, everyone is having a bit of fun with the rather harmless bit of vandalism. It turns out that those pumpkins were transported all the way from Massachusetts to the family home. Those thieves couldn’t have cared less and added the prized pumpkins to their bulging Halloween decoration stash. Now, they’ve been replaced, but everyone in the comments on the Instagram post had the same question, “Who even steals pumpkins?”

At this point, that’s a fair question to ask. Especially as one commenter noted, when you’re stealing from the woman who played Sarah Sanderson. (Referring to the youngest Sanderson sister in the Halloween staple, Hocus Pocus from 1993.) If there’s anyone that you don’t want to be caught stealing from on All Hallows’ Eve, it’s probably a witch. The culprits might want to watch their backs as they’re out trick or treating tonight. Someone’s liable to put a spell on them if they’re not careful. Parker thanked the kind souls who replaced the pumpkins on social media as well.

She responded, “Oh my gosh, look! Somebody left us pumpkins! You sweet, kind, thoughtful, very dear people… I’m so touched, that was so lovely. Unnecessary, but deeply appreciated. Decency is alive and well. I feel whole again, thank you so much!”