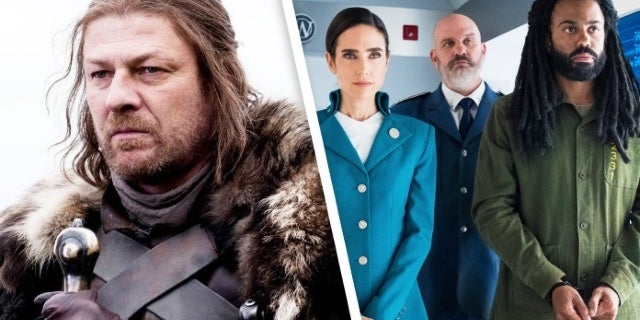 Several years and network changes later, Snowpiercer is officially headed to the small screen early next year. The TNT series, which will draw inspiration from the graphic novel Le Transperceneige by Jacques tells the story of a dystopian future where all remaining people live in a vicious class system on a speeding train. The ensemble cast for the series includes Daveed Diggs and Jennifer Connelly — and in Season 2, it will include another notable actor. According to a new report from Deadline, Sean Bean is set to serve as a series regular on the show’s upcoming second season, which is currently in the middle of production. Details on Bean’s character are (understandably) being kept under wraps.

Bean is known for portrayed Ned Stark on Season 1 of Game of Thrones, as well as roles in the Lord of the Rings franchise, National Treasure, and GoldenEye. Given Bean’s proclivity for playing characters who die onscreen, it will be interesting to see exactly how his Snowpiercer role plays out.

Le Trasperceneige was adapted into a fan-favorite movie by Bong Joon Ho in 2013, which starred Chris Evans and Tilda Swinton. The cast of the television adaptation also includes Rowan Blanchard (Girl Meets World, A Wrinkle in Time), Mickey Sumner (Frances Ha), and Alison Wright (The Americans). The series is showrun by Orphan Black co-creator Graeme Manson.

“It’s been great.” star Aleks Paunovic previously told ComicBook.com. “It’s a massive ensemble. It’s an amazing cast. You know, Jennifer Connelly? Come on. And she’s been nothing but a pleasure to work with. An extremely smart actor. And all the creatives behind it, everybody behind the scenes and the actors, again, huge ensemble. So I’m just feeling very grateful that I get to be put in a spot to watch these people act. And having it on a TV series from a film that I thought was fantastic and them asking me to come aboard, no pun intended, to do the show, it’s been a blessing.”

The series is now back at TNT, after initially being developed for the network and briefly being moved over to TBS.

We’ve had the unique opportunity to more thoroughly test and explore where this show will best perform,” Kevin Reilly, chief content officer of HBO Max and president of TNT, TBS, and truTV, said in a statement when the series moved back to TNT. “While we are still adding dramas to TBS (such as Obliterated), after further research and consideration we’ve decided to keep Snowpiercer on TNT. Now that we’ve seen this incredible post-apocalyptic sci-fi series in its entirety, and better understand the audience this show will appeal to, we’re confident it will perform strongest on TNT.”

“I’m a personal fan of Bong Joon Ho’s epic film and jumped at the chance to honor his original vision, yet expand upon the world and characters with a diverse, award-winning cast,” Sarah Aubrey, Executive VP of Original at TNT, said when the project was initially ordered to series. “Science fiction is the perfect genre to examine issues of race, class, gender and natural resources with thought-provoking and exciting storytelling. Snowpiercer will explore those relevant issues while embarking on a wild, action-filled ride.”

What do you think of Sean Bean joining the Snowpiercer TV series? Share your thoughts with us in the comments below!

Snowpiercer is expected to debut in the Spring of 2020 on TNT.