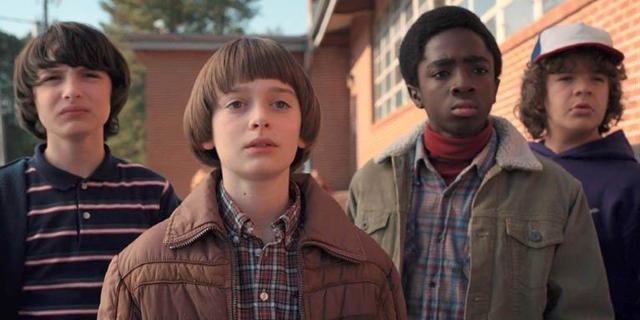 Stranger Things has been buzzing this year thanks to its release of season three. The season has been a big deal for fans of the series, and it took away a good few characters. Some of them will not be missed while others still sting weeks after their demise. Now, it seems Stranger Things is adding brand-new characters for season four if a new report is right.

According to TVLine, Stranger Things season four will add four new characters. The report notes the show’s rep did not comment on the cast additions, but source told TVLine fresh blood is being added to the cast.

The Duffer Brothers, who created Stranger Things, are “looking to cast four new male recurring roles.” TVLine says three of the characters will be teens while the other is an adult.

For the teenagers, one of them is described as a metalhead with another said to be an entitled jock. The third character is described as one very similar to “stone Jeff Spicoli” from Fast Times at Ridgemont High.

TVLine says the adult being cast appears to be a major part of a recent Stranger Things story thread. If you have seen all of season three, you will know its finale ended with a tease set in Russia. Prison guards were ordered to take one of their detainees into a dank cell where a chained Demogorgon was brought in to feed on the poor soul.

The report does note that production on this fourth season will not begin for several months. These four roles could be altered or cut entirely before then, but fans are glad to hear more characters will be added to the series’ mix.

Of course, there are some hoping one character from season three is brought back from the dead. As many know already. Chief Jim Hopper apparently died in the season finale after the Russian tech opening the Gate to the Upside Down exploded. His body was never found, but a recent set photo got fans thinking the beloved police officer will return in season four.

So, are you excited for this all-new season of Stranger Things? Let me know in the comments or hit me up on Twitter @MeganPetersCB to talk all things comics and anime!

Stranger Things season three is available on Netflix right now. You can also catch up on seasons one and two.