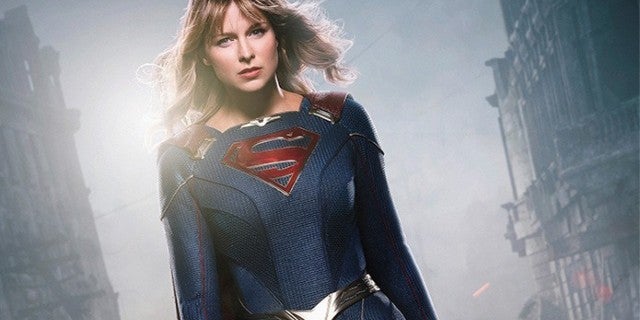 Supergirl star Melissa Benoist knows a thing or two about putting on a costume to play a role. The CW star shared a Halloween message ahead of all the fun tonight as fans get ready to trick or treat. Benoist makes light of the way her job sorta makes the big holiday even more strange. There’s been a lot of change for her role as Supergirl since the show began. Even more change is coming with the looming Crisis for all the shows in the Arrowverse. There’s still nothing quite like putting on the cape and spandex for a job like the ones on these shows. Benoist comes through with a fun-loving message that captures the feel-good nature of Halloween.

She wrote, “Halloween feels moot when you sorta dress for it everyday. Go figure. may you all fill your pillowcases to the brim with candy tonight 🎃 and listen to your mom when she makes you put a coat OVER your costumes because you WILL get sick. I’m talking to you, Colorado.”

This fifth season almost brought even more pronounced changes for this go-around. Supergirl got a brand new suit that moved away from the skirt most associated with her look in the comics. In comes a pants suit and a fresh haircut for the heroine. But, that hair change almost didn’t occur as the series almost made Benoist wear a wig to keep the main character’s hair consistent from Season 4 to Season 5.

An Insider interview detailed how the new suit and haircut came to be. Supergirl costume designer Victoria Auth shared the details about how the compromise came to be. Benoist’s personal haircut choice was accepted because of how it signaled a character development that rings throughout the season.

“We were moving the whole concept of ‘Supergirl’ into a bit more sophistication, and I think she just thought, ‘new suit, new ‘do,'” Auth said. “It kind of worked to balance each other. They were going to put her in a wig and hold on to the old cut, but then once they saw it, they thought it was a nice freshening.”

Benoist has been lobbying for the shift into the costume with pants for some time. The star told Entertainment Weekly earlier this year that she’d been talking about pants for practical reasons since Season 1.

“We’ve been talking about pants since season 1,” Benoist said. “Every time a writer from the show has come up, and it’s freezing cold in Vancouver, I’m like, ‘Guys, please can I not wear tights?'” I love [Kara’s old costume]. I haven’t changed it because it so works, and I think it is very Kara. I’ve always felt that — until recently, I’m like, ‘Something’s gotta give.'”