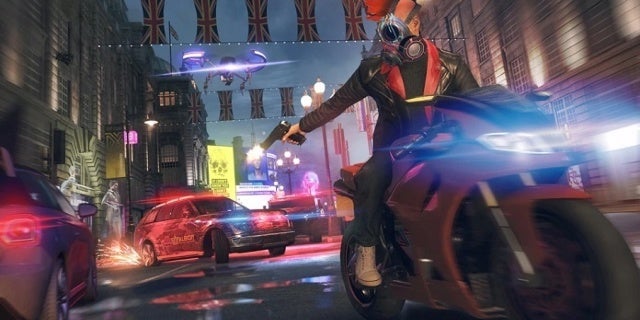 Ubisoft’s delayed games like Watch Dogs Legion are still coming out for the current generation of consoles even if they won’t be releasing at their intended launch dates, but it looks like they’ll also be released for the next generation as well. Yves Guillemot, the CEO of Ubisoft, said during a recent earnings call that Watch Dogs Legion, Rainbow Six Quarantine, and Gods & Monsters will all be cross-generation releases along with two other games that haven’t officially been announced yet.

Guillemot’s comments about the delayed games and their eventual release on the PlayStation 5 and Xbox Scarlett came during the end of the earnings call within a Q&A session (via IGN). The CEO said these games will take “full advantage” of what the next generation of consoles has to offer. From what we’ve heard from Ubisoft so far, these are the first of the company’s games to be announced for the next console generation.

“The five titles will be on this generation and next generation of consoles, and they will take full advantage of all the new features that are coming with the machines,” Guillemot said about the games’ releases. “Which are actually going to be extremely interesting for players, as you’ll be able to download new content a lot faster.”

Guillemot continued to specifically highlight the better framerate players will experience on these consoles among while suggesting that the consoles will offer even more incentives for Watch Dogs: Legion and the other games.

“Players will experience better framerate, so there are lots of very good elements that will come with those new machines,” he said.

One interesting part about Guillemot’s comments is the mentioning of there being five different games released for the current generation of consoles as well as the next. Those two games haven’t been announced yet which means Ubisoft could have another continuation of an existing series or an entirely new IP planned. Whatever it is, you’ll be able to experience it regardless of which generation you’re on by the time the new consoles release.

Both the PlayStation 5 and Xbox Scarlett are said to have backwards compatibility support for the games on the current generation of consoles, so you should, in theory, be able to play Ubisoft’s upcoming games on the next generation even if you buy them for the PlayStation 4 or Xbox One. It’s unclear how much of the next-generation advantages these games would get though, so if one of the new release dates finds itself close to the launch of the next consoles, it might be better to wait if you were already planning on upgrading your console.