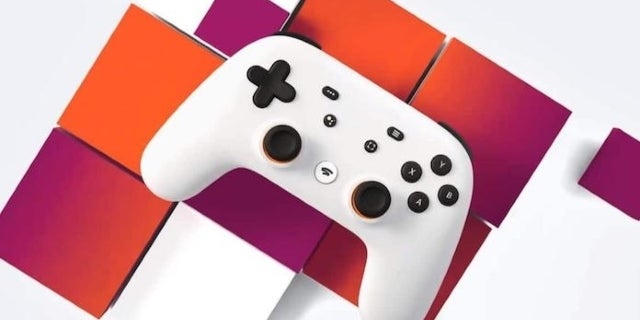 Google Stadia users who were supposed to have gotten a Buddy Pass at launch to let a friend try the platform for free should now have their pass now that Google has begin releasing them. The Buddy Pass came with the Founder’s Edition of the platform and was planned to be distributed alongside Google Stadia itself, but it was delayed a few weeks out from launch. It’s now available though, so if you need a co-op partner or want someone else to be able to try Google Stadia, pass them a Buddy Pass.

The way Google Stadia’s Buddy Pass works is pretty simple. If you’re a Stadia user with the Founder’s Edition and you have a Buddy Pass, just send it to a friend using the icon below that’s found in the Stadia app. Once the buddy redeems the pass, they’ll get a three-month trial of Google Stadia Pro which will automatically grant access to some free titles like Destiny 2: The Collection.

Since you’re subscribed to the service at that point, you’ll still have to purchase the games that you want if there’s anything besides the free selection that you want to try. You’ll also have to cancel your subscription yourself ahead of the end of the three-month trial or else you’ll be charged again to prolong the subscription. If you’re a buddy who wants to play the game on a TV using a Google Chromecast Ultra, you’ll also need to own a Stadia controller to do so.

Some adventures are better with a friend!

Whether you’re gifting a Buddy Pass or are the lucky recipient of one, here’s everything you need to know to begin playing on Stadia. pic.twitter.com/Rf5PqzZXAB

The support page for Stadia’s Buddy Pass detailed those catches as well as other answers to questions about how the sharing of the service works. You can find a list of other noteworthy Buddy Pass points below.

Google Stadia Founders should now have their Buddy Passes in their possession, so pass yours out if you want to have a friend help you try Stadia.