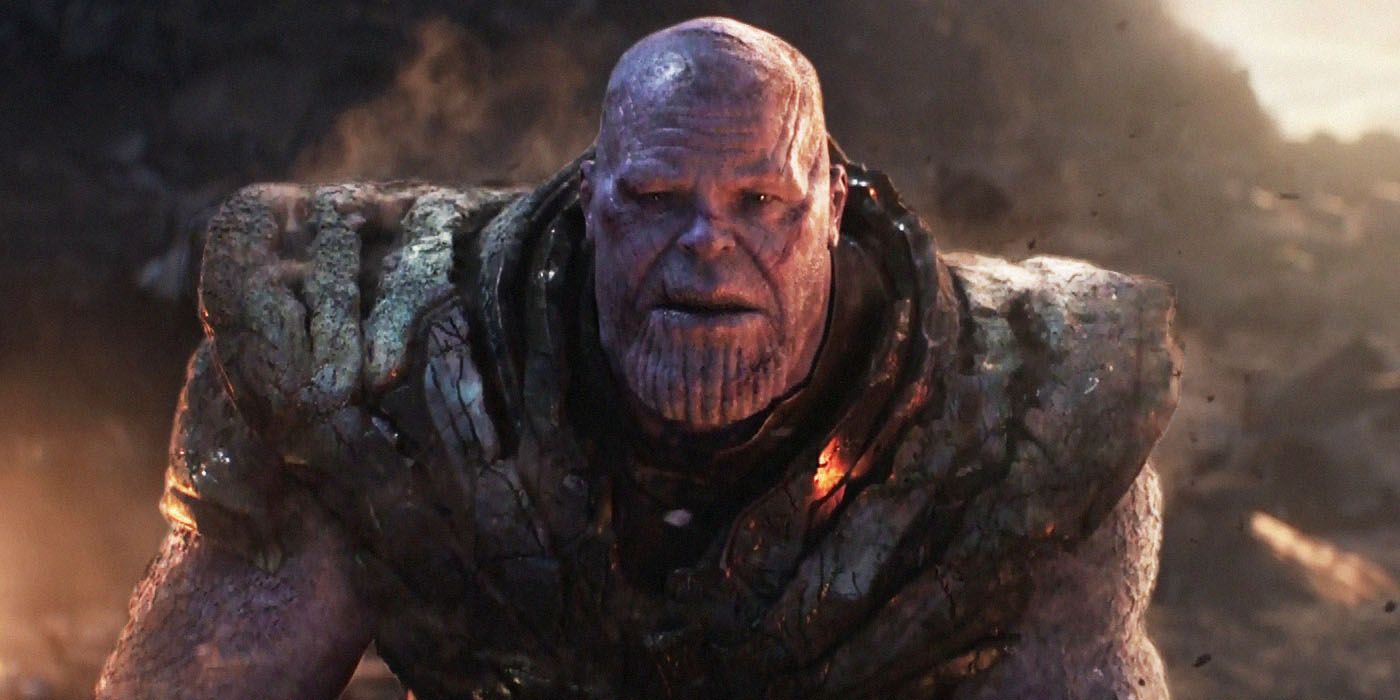 Marvel’s original plans for Avengers: Endgame could have dramatically improved his character journey. The last two Avengers blockbusters essentially presented two different sides to Thanos: the Warrior in Endgame, and the Philosopher in Avengers: Infinity War. It was all done through the use of time travel, with the Thanos of Endgame actually originating from 2014.

In theory, this was supposed to create something of a loose – albeit inverted – character arc. The idea was that the Thanos of 2014 would be a brutal warlord, but that the Mad Titan would have matured a little over the next four years, becoming more philosophical and contemplative. Possession of the Infinity Stones would have allowed him to become increasingly confident, explaining why he abandoned the use of armor and a mysterious sword that was powerful enough to destroy Captain America’s shield. Unfortunately, the character journey doesn’t quite work, as it felt forced and abrupt. The two versions of Thanos really don’t go together all that well, and the four year time jump just didn’t feel like enough time for Thanos to change so drastically (especially given that he’s already a thousand years old).

There is, however, some evidence that Marvel’s original plans for Thanos would have shown a more organic arc. Concept art from Avengers: Endgame strongly suggests that Marvel originally planned for the Avengers to encounter an earlier version of Thanos, one who may have been active a decade or more ago. The art shows a past version of Nebula, who had clearly only recently been “adopted” by the Mad Titan. “This would have been before she was tortured and reconstructed by Thanos,” concept artist Andy Park explains. “I was still trying to convey Nebula’s badass look by giving her hairstyles that kept with her character. But at the end of the day, that didn’t make it into the movie.” It’s important to remember that Nebula was experimented upon by Thanos in her teenage years, as punishment for her failure to beat her sister Gamora in repeated competitions. The more organic the designs of Nebula, the further back in time they must be from.

This would have created an implicit character journey for Thanos, and a far more effective one. The earliest iteration would have been Warrior Thanos, the warlord who personally razed countless worlds across the galaxy, and who sadistically tortured the adopted daughters he professed to love. Over the years, though, Thanos would presumably have begun to feel that his methods weren’t accomplishing anything, that for all his best efforts population growth was still proceeding towards a cosmic extinction level event. Thus he withdrew from active missions of genocide, instead focusing his attention on acquiring the Infinity Stones, and working through intermediaries like Ronan the Accuser in Guardians of the Galaxy. It’s only when the Infinity Stones are all in play that Thanos really rises from his chair again, in order to take the battle to the Avengers. The passage of time makes this whole arc seem natural, less forced than in the final theatrical cut.

While this would have been a better arc for Thanos, it’s not hard to guess why Marvel may have abandoned the idea. The fundamental problem was that Marvel wanted past Nebula to replace her future self, which would have been impossible if the two Nebulas had been too different. The narrative demanded that past Nebula had already been subjected to all the same cybernetic experiments in order to deceive the Avengers, and thus the timeline had to be adjusted – even if it did result in a truncated character journey for Thanos.