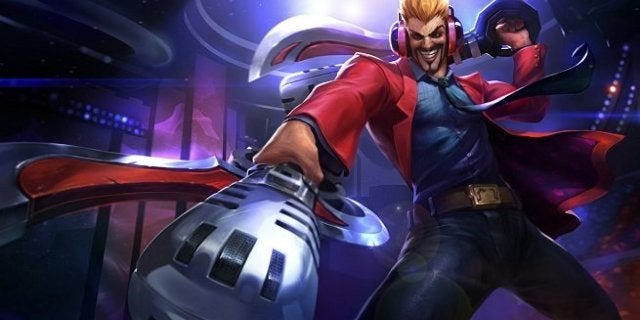 Some discussions centered around voice packs in League of Legends took place online this weekend to suggest that Riot Games is open to the idea of adding different announcer packs to narrate players’ games. Voice packs, in the forms they take in other games be those MOBAs or not, change the narrator’s voice to that of different characters or personalities related to the games, and they’ve been high on players’ lists of requested features for some time now. By fielding players’ comments on what they’d like to see out of these voice packs, Riot Games appears to be at least considering the idea if not already working on them.

Riot KenAdamsNSA, the product manager for League of Legends, took to Twitter this week to ask League fans what they envisioned when they thought of the game getting a voice pack. Would it take the form of an on-command feature that players activated like an emote, or would it be an alternate voiceover for the champion? These were some of the questions asked, and players were quick to answer.

After seeing tons of responses to the questions, the Rioter returned to say that it seems like the terms “voice packs” and “announcer packs” were being used interchangeably and that it’d be “pretty cool” to have announcer packs. The emphasis on that last part fueled the speculation that League players just might be marking one more thing off their wishlist at some point.

League fans – when you say you want Voice Packs for your favorite champions, how do you envision that working? Is a Voice Pack something you can activate, like an emote, or is it something only you hear, like an alternate voice over for that champion?

League players have been given tastes of voice packs and announcer packs in the past through limited-time modes and other events. During the big Burning Tides event which introduced the reworked Gangplank, the pirate champion served as the announcer for a while across every map, not just the Howling Abyss. In April 2018, an announcer pack featuring David “Phreak” Turley and Sam “Kobe” Hartman-Kenzler was also made available for a limited time.

It certainly looks as though something might be happening pertaining to these sorts of announcer packs, but we can’t be for sure until Riot Games formally announces something. What’s evident from the responses to the Rioter’s questions is that the demand is there, so even though they’d certainly be sold for RP if they were made, they’d probably still be a popular product assuming they were priced correctly.