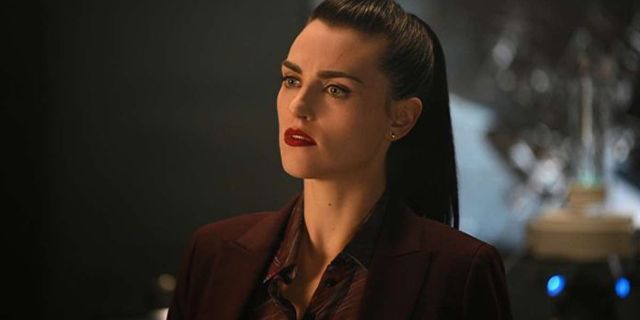 The annual Arrowverse crossovers are always huge events. Even the years when one of the shows sits out — as was the case with last year’s “Elseworlds” when DC’s Legends of Tomorrow were elsewhere as the Book of Destiny turned things upside down for The Flash, Arrow, and Supergirl — there are a lot of characters and moving parts. “Crisis on Infinite Earths” will be even larger. Not only is the crossover bringing in Black Lightning, it will span over five nights — one for each of the Arrowverse series which now includes newcomer Batwoman. The stakes are also higher than ever and that means the fate of the multiverse is very much an all-hands-on-deck moment. For Supergirl, that means Lena Luthor will finally get to be part of the action and it’s something series star Katie McGrath is excited for.

Speaking with TV Guide. McGrath explained that she was flattered to be part of the upcoming “Crisis on Infinite Earths,” as well as noted that she’d previously felt just a little left out given the significance the annual crossovers generally have. McGrath likened being involved this year to being “part of the gang”.

“It’s been kind of nice because every year I’m never involved, and I’ve always felt a bit left out because it’s always such a huge thing and a big deal and kind of very special because obviously so much of everything leads up to it,” McGrath said.

When it comes to that lead up, Supergirl is set to have a major role. “Crisis on Infinite Earths” as an event — one could argue the actual threat to the Multiverse is already in-progress across the Arrowverse — will kick off on Supergirl on Sunday, December 8 with the episode seeing the heroes of Earth-1 heading to Supergirl‘s Earth-38 to team up and attempt to find a way to save Earth-38. According to the official episode synopsis, that includes J’onn (David Harewood) and Alex (Chyler Leigh) turning to Lena for help.

You can read that synopsis for yourself below.

“Crisis on Infinite Earths” kicks off on Sunday, December 8 on Supergirl, runs through a Monday episode of Batwoman and that Tuesday’s episode of The Flash. That will be the midseason cliffhanger, as the shows go on hiatus for the holidays and return on January 14 to finish out the event with the midseason premiere of Arrow and a “special episode” of DC’s Legends of Tomorrow, which launches as a midseason series this year and so will not have an episode on the air before the Crisis.

Are you excited to see Lena play a larger role in this year’s crossover, “Crisis on Infinite Earths”? Let us know in the comments below.