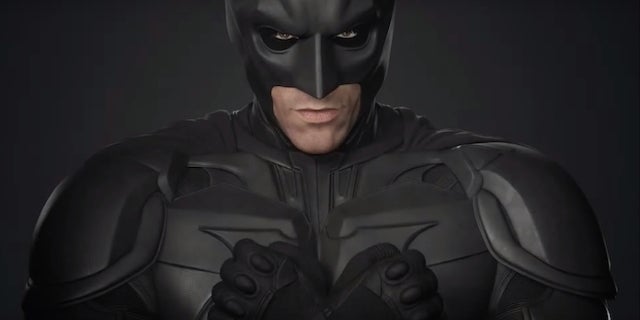 We know Warner Bros. Montreal is working on a new Batman game, and while it looked like it was going to reveal said game towards the end of 2019, well that obviously didn’t happen. When this will change, who knows, but at this point it looks like the game will be a cross-gen game, meaning it will hit on PS5 and Xbox Series X, in addition to PS4 and Xbox One. It’s likely in development for PC as well. That said, for now, we are just going to have to continue to patiently wait for Warner Bros. Interactive Entertainment to reveal the game.

In the meanwhile, artist Ruslan Gadzhie has shared some screenshots captured from a real-time 3D character model of Christian Bale, Batman in the The Dark Knight trilogy from Christopher Nolan. To create the character, Gadzhie used the latest build of Unreal Engine 4, and the finish product is not only impressive, but perhaps gives us a small taste of what a next-gen Batman game could look like.

As you can see, it’s a real-time 3D model brought to life with impressive detail. Of course, this is by no means the best indication of what a next-gen Batman game will look like, but it will presumably be made in Unreal Engine 4, as previous games in the series were made in earlier versions of Unreal Engine. In other words, it’s, at the very least, a good tease at what level of fidelity and detail we could see from Warner Bros. Montreal’s game, assuming a new engine hasn’t been built for it.

Right now, we don’t really know what level of visual fidelity we’ll get from the PlayStation 5 and Xbox Series X. However, scuttlebutt from developers suggests that the consoles are quite strong and will provide a nice bump in the graphics department. Of course, the new Batman will be a multi-platform game, meaning it will be more challenging to get the most out of the tech of each console, but as you will know, the series has always been near the forefront when it comes to visuals. Heck, Batman: Arkham Knight looks great to this day, and it’s almost five years old.