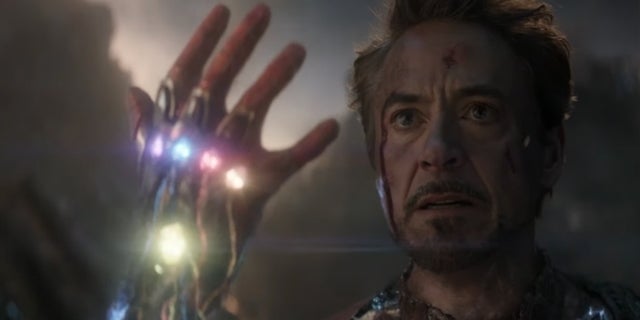 The Marvel Cinematic Universe has become such a cultural phenomenon that it is now literally interwoven with the fabric of our actual culture. Case in point: Marvel fans have found ways to sync up the events of various Marvel Cinematic Universe movies to key moments in life. To ring in the year 2019, nothing was more en vogue than fans syncing Avengers: Infinity War’s Thanos Snap with the New Year’s ball drop in Times Square. It’s no surprise then, that to ring in 2020 Marvel fans want to sync their New Year’s turn with Iron Man getting his own big Snap moment.

In case you are one of the people wondering how to pull off the epic synchronization of New Year’s and Avengers: Endgame’s Iron Man Snap, the good Internet has provided:

So there you have it! Get that Disney+ streaming service and/or Blu-ray player ready to go, because when 9:29:30 arrives, you don’t want to be found wanting. Your New Years party may depend on it.

As Kevin Feige recently described, getting Avengers: Endgame on the screen, and being at the film’s premiere, was the best moment of his life:

“I sat in the middle of a theater in Westwood opening night of Endgame which I had not done in years and watched the movie,” Feige said during a panel at the New York Film Academy. “It was maybe the most amazing experiences of my entire life mainly because they liked it and we worked hard on it! Being amongst that experience is something that only movies can do.” Avengers: Endgame‘s opening weekend was unlike anything before as far as the atmosphere in theaters. Crowd reactions to major moments from the film have gone viral online as audiences erupted in cheers and applause as though they were at a sporting event.”

Robert Downey Jr. will be back one last time in the Marvel Cinematic Universe, as Tony Stark / Iron Man is supposedly appearing in the Black Widow movie (although it may just be in a recycled deleted scene from Captain America: Civil War).