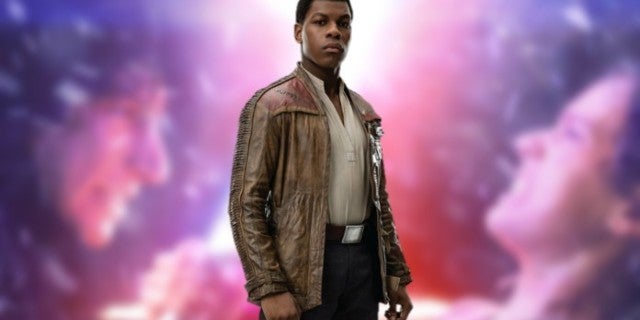 Star Wars: The Rise of Skywalker has answered some prey big questions of the Star Wars Sequel Trilogy – though not every fan was happy with the reveals we got (to put it mildly). Of the many, many, many, things that Star Wars fans are currently complaining about, the way that Rise of Skywalker resolves the ST romantic subplots is one of the biggest. Many fans had their own ideas of who Rey, Finn, Poe and even Kylo Ren should’ve ended up with, and in most cases, those same fans went home empty handed by the time that The Rise of Skywalker was done. Well, John Boyega isn’t showing any mercy to disappointed fans, in this latest trolling move.

Check out the way John Boyega just threw gasoline on flame-war over love connections (or lack thereof) in the Star Wars Sequel Trilogy:

This little photo montage pretty much spells out every cynical thing that some angry Star Wars fans have been saying about the lack of romance in the Sequel Trilogy. Of course, that’s not how John Boyega probably intended that message; it seems pretty clear (to the non-triggered person) that he meant it as a joke. That is to say: Boyega is making the statement that the Star Wars Sequel Trilogy handled its big “Reylo” romance with lightsaber duels, instead of kisses.

Of course, that viewpoint only held ground so long before Twitter was ready to fire back with an equally trolling response. For example:

And, without a doubt, the cult-like obsession that the Star Wars fandom has had with the Finn/Poe bromance had to be addressed:

Given the times we live in, it’s also no surprise that this post from John Boyega also managed to trigger some darker and more serious associations in fans’ minds:

calling out the insanely abusive and toxic relationship.. i truly respect that so much. thank you

Um, okay. Clearly some people were pretty affected by the whole Kylo Ren / Rey chemistry. Not even Star Wars is safe from discourse about toxic masculinity.

Star Wars: The Rise of Skywalker is now in theaters. The Mandalorian is now streaming on Disney+.