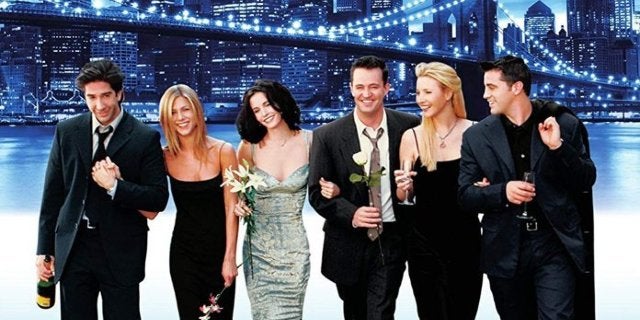 Starting tomorrow, Friends will be off of Netflix, and it will not be coming back. The announcement was made this summer when it was reported HBO Max had bought the streaming rights to Friends. That means Netflix will have to give up its claim on the show, and Friends will hit up HBO Max starting this May.

Of course, that is when the service will launch. It will cost $14.99 a month unless you already have HBO already. Friends will be joined by other hard-to-find entertainment like the Studio Ghibli library. So if you have not thought about getting a subscription, now would be the time.

After all, reports have gone live suggesting a reunion special is in the works at HBO. Not long ago, reports said the Friends special aims to air on HBO Max exclusively in 2020 in time for the show’s 25th anniversary. Bob Greenblatt, the chairman of WarnerMedia Entertainment, is said to be the “driving force” of the special but a deal “is far from done.” But if it should happen, you can bet HBO Max will see its user base soar next year.

If you need to get Friends digitally, you can buy them via YouTube, iTunes, and Amazon. Each season will run you about $20 each. You can also buy a complete series for about $200 if you’re ready to spend some serious cash.

Will you be watching any of Friends to ring in the new year? Let me know in the comments or hit me up on Twitter @MeganPetersCB to talk all things comics and anime!