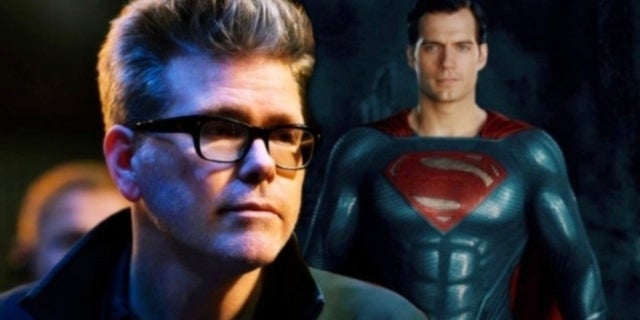 Two-time Mission: Impossible director Christopher McQuarrie has vowed he’ll “never” again ask studio Warner Bros. about Superman. In April 2018, McQuarrie told ComicBook.com he discussed Man of Steel sequel ideas with Superman actor Henry Cavill — who starred in McQuarrie’s Mission: Impossible – Fallout as its mustached villain — but in July 2019, McQuarrie said Warner Bros. “never moved on” his pitch that involved a tie-in with a written proposal for a Green Lantern reboot. The pitch, made sometime in the summer of 2018, had “no takers,” McQuarrie said in a since-deleted Twitter thread.

“The studios have never cared for my original ideas. They prefer that I fix their broken ones,” McQuarrie tweeted in July 2019. “They never said no. They just never moved on it. This was just before Fallout was released. And no, I would not reconsider. There’s too many other things I want to do.”

When responding to a tweet about his proposed Superman movie, McQuarrie replied, “I asked once. I will never ask again.” In response to Deadpool creator Robert Liefeld, who cast shame at Warners for failing to move on a McQuarrie-helmed Superman, McQuarrie wrote he “deeply” sympathizes with the studio’s problems.

“But after 25 years of hearing no, even an idiot like me gets the message,” McQuarrie added. “I go where I’m valued.”

I asked once. I will never ask again.

They have their own problems and I sympathize. Deeply.

But after 25 years of hearing no, even an idiot like me gets the message.

I go where I’m valued.

Cavill last appeared as the character in 2017’s Justice League, where Superman was resurrected after perishing in the Zack Snyder-directed Batman v Superman: Dawn of Justice. Cavill first starred as Clark Kent, a.k.a. Kal-El, in Snyder’s Man of Steel in 2013.

“I’m not just going to sit quietly in the dark as all this stuff is going on,” Cavill told Men’s Health this past November. “I’ve not given up the role. There’s a lot I have to give for Superman yet. A lot of storytelling to do. A lot of real, true depths to the honesty of the character I want to get into. I want to reflect the comic books. That’s important to me. There’s a lot of justice to be done for Superman. The status is: You’ll see.”

The long-gestating Man of Steel 2 suffered a setback when X-Men: First Class and Kingsman director Matthew Vaughn announced he was no longer attached to the project last May. Deadline reported months earlier a Superman sequel “lost momentum” at Warner Bros., said to instead be focusing on a slate involving heroes who have yet to make their big screen debuts in the modern age, including Batgirl, Zatanna, Blue Beetle, and Supergirl, Superman’s Kryptonian cousin.