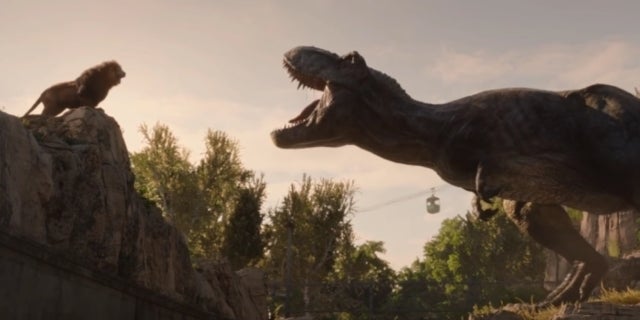 “Wow, somebody in this thread actually got it. Respect,” Trevorrow tweeted when replying to a lengthy thread of suggested titles. In a subsequent, Trevorrow confirmed the film’s title has already been set.

User @JurassicJames1 nominated such titles as Jurassic World: Survival and Jurassic World: Clash of Worlds, prompting numerous responses. User @TheHoyt08 nominated When Dinosaurs Ruled the Earth, a nod to the original Jurassic Park, as well as Edge of Chaos.

Wow, somebody in this thread actually got it. Respect.

My prediction: I think he just did on the sly. “Jurassic World: New Era” as the title for the third film.

“When I heard the pitch, I was blown away. I can’t believe we’re gonna make that movie,” returning star Chris Pratt, who plays Owen, previously told MTV News. “I can’t believe they found a way to deliver on the promise on the end of Fallen Kingdom. ‘Wait, what? The island is blown up, the animals are out, we can’t put them back in the box. What are we gonna do? How is, not only the dinosaurs, but this technology, moving forward, going to affect the planet?'”

“And we jump forward and it’s like, ‘Oh, oh right. Oh, damn,'” Pratt continued. “Colin’s been working his butt off on it and it’s going to be pretty epic.”