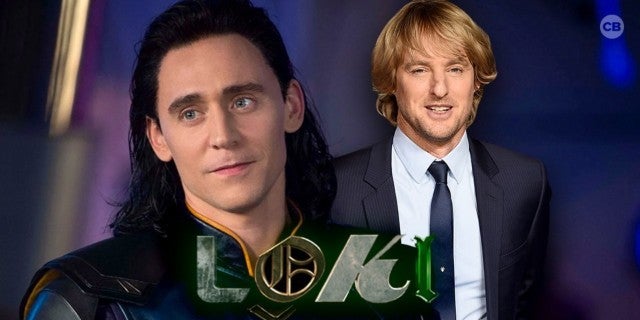 The Marvel Cinematic Universe’s family is looking to add a well known actor with its upcoming Disney+ series Loki. Loki has added Owen Wilson to the cast in a major role, ComicBook.com has learned, although the character which Wilson will be playing is being kept under wraps. Loki returns Tom Hiddleston to the titular character, a role which he debuted in for 2011’s Thor movie. He has since gone on to play the part in Marvel’s The Avengers, Thor: The Dark World, Thor: Ragnarok, Avengers: Infinity War, and Avengers: Endgame. The addition of Wilson might indicate a comedic tone for the series, something Hiddleston is no stranger to after working with Taika Waititi on Ragnarok.

Wilson is best known for roles in titles such as The Royal Tenenbaums, Wedding Crashers, and Bottle Rocket. More recently than those, the often comedic actor proved his dramatic chops in the action-thriller No Escape. This will be Wilson’s first time working with Marvel Studios.

As was previously revealed by Marvel’s chief creative officer Kevin Feige, appearing in a Disney+ series also makes cast members eligible to appear in future films or other shows, which makes all casting and new character news that much more exciting for the Marvel Cinematic Universe. More specifically, Feige revealed that the Loki series will directly connect to upcoming Doctor Strange in the Multiverse of Madness movie.

The Loki series will follow the version Hiddleston’s character who escaped New York City in the MCU’s 2012 during a scene in Avengers: Endgame. The original version of the character went on to die in Avengers: Infinity War at the hand of Josh Brolin’s Thanos.