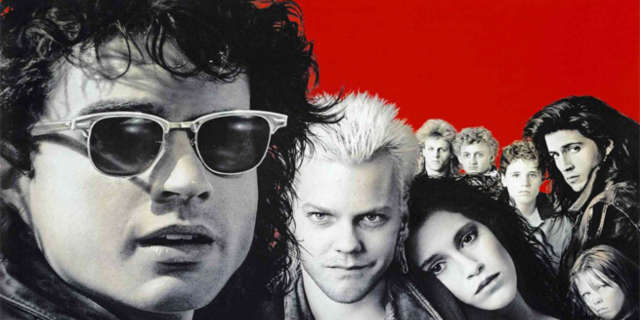 Last year it was revealed that The CW had passed on the TV version of The Lost Boys that it had been developing and would instead re-work it with what they called a 40% re-write. As part of this re-work they went back to the drawing board entirely for the on-camera talent and scrapped the filmed pilot (previously directed by Twilight‘s Catherine Hardwicke) and released the cast, and now they’re ready to try again. The CW has now ordered the second version of The Lost Boys to the pilot phase, with Scandal and Grey’s Anatomy‘s Heather Mitchell and iZombie and Veronica Mars creator Rob Thomas penning the script. Marcos Siega, who previously directed the pilot for The Vampire Diaries and even an episode of True Blood, will return to the world of vampires and direct the new pilot.

According to Variety, the new version will be much closer in plot to the original film from 1987 but with a modern twist, with its synopsis reading: “When a mother and her Gen Z sons move to the seaside town where she grew up, they discover there’s a sinister reason the local cool kids sleep all day, party all night, never grow up and never get old. Family bonds are tested as the brothers find themselves on opposite sides of a mythological struggle.”

The journey for The Lost Boys at The CW has been long and arduous one. Originally the series was being planned as a “seven-season, anthology-style” series that would have taken place over the course of seventy years with a rotating cast that encountered the titular, ever teenage Lost Boys. Given the development woes and the attempts at making the series closer to the original film by Joel Schumacher, it seems like these plans have gone out the window like a bat.

Rob Thomas previously said he hoped this new version of the series would debut in 2020, and considering the speed that The CW is moving that could very well be a possibility. Are you excited to see The Lost Boys make the leap to television or do you think it will have the same luck as last time? Sound off in the comments below!