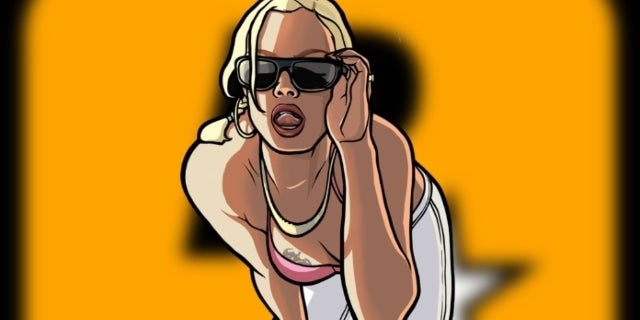 This week, Rockstar Games updated its website with some mysterious new art, which in turn prompted an eruption of Grand Theft Auto VI rumors and speculation. At the time, none of this new and unconventional artwork seemed to point to GTA 6, however, upon further inspection, one piece does seemingly hint at the next installment in the Grand Theft Auto series, which hasn’t been announced yet, but is almost certainly in development for PS5 and Xbox Series X.

As you may know, nobody has been able to really decipher the new artwork, which some are suggesting is because there’s nothing being teased or hidden inside. While the latter is certainly possible, a recent finding about one piece of artwork in particular suggests otherwise. More specifically, Twitter account GTAVINR noticed that one piece features 16 logos all lined up, which is obviously an odd design choice if there’s nothing more to it. That said, maybe there is more to it.

The Twitter account points out that Grand Theft Auto VI — the assumed title of the series’ next installment — is also 16 characters. Spooky, right? Okay, not that spooky, but a very odd coincidence at the very least. As you will know, Rockstar Games is very deliberate. It’s also known to drip out open-end teasers in this fashion. And it’s also known to troll fans on occasions. Who knows what this could be an example of, but whatever it is, it has Grand Theft Auto fans talking and pondering.

Interestingly, Rockstar Games currently has two unaccounted for privates videos up on its YouTube channel. One of these is believed to be GTA Online related, however, it’s unclear what the other could be. Naturally, fans think it could be GTA 6 related.

Another private video added to Rockstars YouTube! The final drip feed vehicle releases next Thursday. After that car is released they could drop this trailer (if it is a trailer) anytime. #GTA6 pic.twitter.com/63hteUUFu4

Of course, all of this should be taken with a grain of salt. Right now, we don’t have much more than speculation. Further, if I was a betting man, I’d wager a GTA 6 reveal is still a little ways off.

Anyway, as always, feel free to leave a comment or 47 letting us know what you think. Is there anything to this or are GTA fans looking into things too much?

While the new installment in Grand Theft Auto is likely a ways off, there are plenty of new games this week that will help you forget about this painful reality. You can check out all of these new releases, courtesy of our latest Out This Week. Meanwhile, for more on future games like GTA 6, peep our new list of confirmed PS5 games.

A Year of Free Comics: Find yourself in ACCEPTION
Vault Comics brings on Jazzlyn Stone for their crowdfunding projects
Greg Pak returns to Sakaar for PLANET HULK: WORLDBREAKER miniseries
Bungo Stray Dogs Season 4 to Air From January 2023!
The future is still clouded at Oni Press