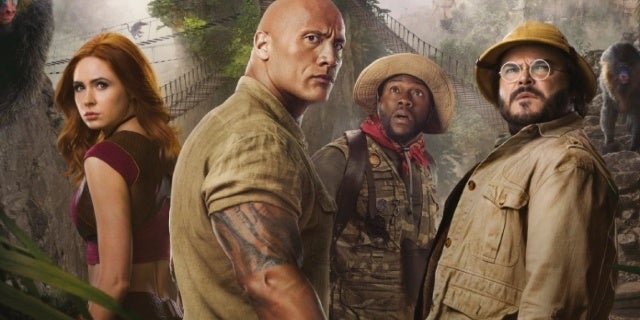 Jumanji: The Next Level hit theaters back in December, and has proven to be another box office success. The movie ended up being the tenth highest-grossing movie worldwide of 2019, earning $312,090,910 domestically and $789,233,234 worldwide. Eight out of the nine movies that topped Jumanji were made by Disney, and all nine managed to topple $1 billion. Domestically, Jumanji: The Next Level ranked 11th for 2019, with It: Chapter Two coming out ahead. Overall, Jumanji: The Next Level had a great run, although it didn’t manage to surpass Jumanji: Welcome to the Jungle, which earned $404,515,480 domestically and $962,077,546 worldwide. Yesterday, Dwayne Johnson AKA The Rock took to Instagram to thank fans for supporting the film and keeping it in the top ten at the box office for so long. Here’s what he said in the video:

“It’s been a minute since I thanked you guys for the support of this movie. I just heard some really cool news that I had to share with you guys. As of this past weekend, Jumanji: The Next Level is still going strong in theaters all around the world… Still in the top ten all around the world. That is extremely rare, but just to contextualize it for you guys, it’s not rare being in the top ten, that’s not rare. After two and a half months, being in the top ten, that is extremely rare. I think it speaks volumes to our Seven Bucks Productions ethos, which is always putting the audience first. As you guys know, I have one goal and ambition which is always to serve my one and only boss, which is you (and my wife)… Thank you for enjoying Jumanji from the bottom of my heart. I appreciate it and have a great weekend.” You can check out the video in the post below:

You can grab your copy of Jumanji: The Next Level on Digital HD on March 3rd and on 4K Ultra HD, Blu-ray, and DVD March 17th.