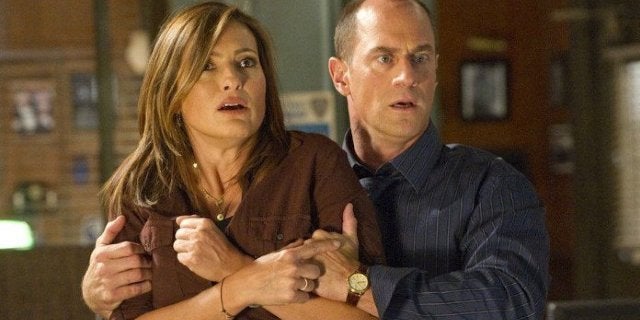 In a surprising turn, Christopher Meloni is coming back to the Law & Order universe. He’ll reprise his role as Elliot Stabler from Law & Order: Special Victims Unit in a new series from producer Dick Wolf. The series, slated for NBC, sees Stabler heading up an organized crime unit for the New York City Police Department. The new series is executive produced by Wolf, Arthur W. Forney and Peter Jankowski from Wolf Entertainment and Universal TV and is the first new project borne out of a new deal Wolf signed with Universal Television earlier this year spanning five years and multiple platforms.

Meloni’s Stabler was a fan-favorite character and co-led the Law & Order: SVU for 12 seasons alongside Mariska Hargitay as Olivia Benson. His sudden departure left some fans disappointed. Despite Stabler’s in-universe retirement, it seems he’s returning to duty with the NYPD.

Begins such a popular character, it isn’t surprising that Law & Order fans are excited to receive this unexpected news. They’re taking those feelings to social media, and we’ve gathered some of their reactions below.

What do you think of the return of Christopher Meloni as Elliot Stabler? Let us know how you feel about it in the comments section.

VERY excited about the news of @Chris_Meloni returning to TV as Stabler. Just really hoping this isn’t an early April Fool’s joke.

What A Time To Be Alive

Y’ALL KNOW I CAN’T STAND SVU ANYMORE AND THIS IS ICING ON THE CAKE. WHAT A TIME TO BE ALIVE. ELLIOT STABLER HAS HIS OWN SHOW.