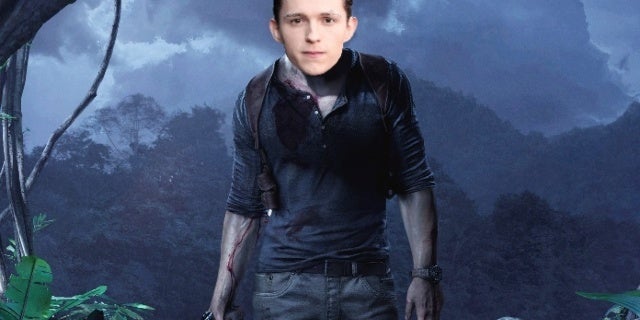 The coronavirus pandemic has resulted in a number of delays for various projects, and movies are no exception. Yesterday, Sony announced a slew of related film delays, including Morbius, Ghostbusters: Afterlife, and Uncharted. While the delays are certainly understandable given the current circumstances, Uncharted‘s delay has been particularly difficult for fans, as the film has faced a number of issues through the years, including a revolving door of directors. Tom Holland is set to play a younger version of Nathan Drake in the film, and the actor addressed the delay on Justin Bieber’s Instagram livestream. Apparently, filming was quite close to starting!

“We showed up for our first day of shooting and they shut us down,” said Holland. “We were in Berlin.”

Fans of the franchise are no doubt disappointed by the fact that production was so close to kicking off, but it seems like Holland might be more disappointed than most, all things considered. Holland has gone on record as a big fan of the Uncharted franchise, and the actor’s schedule has caused problems for the film’s production, as Sony attempts to work around shooting for the next Spider-Man movie. Uncharted was originally set to release in March 2021, but has been pushed back to an October 2021 release date. Of course, that date remains tentative.

Sony has been struggling to make the Uncharted film happen for quite some time. Mark Wahlberg was initially set to star as Nathan Drake, but as the film has seen numerous delays, Wahlberg aged out of the role. The actor still remains attached to the film, however, as Victor “Sully” Sullivan, Nathan Drake’s long-time friend and mentor.

The studio has a lot of investment in Uncharted‘s success. While the video game franchise has performed quite well for Sony, the games don’t have the same kind of mainstream recognition as other recent video game adaptations, such as Pokemon, or Sonic the Hedgehog. If Uncharted can prove successful for the company, it could elevate the franchise as a whole. Casting Tom Holland in the lead role should help in a major way, but time will tell if the film can manage to see release and find itself the kind of audience Sony is hoping for.

Are you frustrated by Uncharted‘s various delays? Are you hopeful about the upcoming film? Let us know in the comments or share your thoughts directly on Twitter at @Marcdachamp to talk all things gaming!