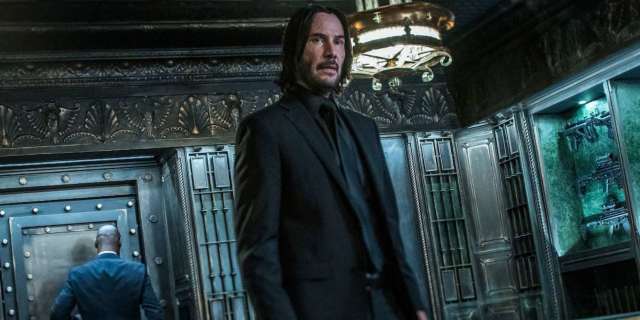 The filmmaker behind the fan-favorite John Wick franchise is dealing with a resurgence of popularity when it pertains to star Keanu Reeves, who was in the midst of filming The Matrix 4 when production was shut down. But despite the setback, plans for another film in the hit action series is still in the works and until recently it was thought that John Wick: Chapter 4 and The Matrix 4 might release on the same day. Those concerns aren’t as strong anymore, but director Chad Stahelski is worried about something else entirely, and it comes to topping John Wick: Chapter 3 – Parabellum.

The stuntman-turned-director recently spoke with Collider about his plans for the upcoming movie and revealed why he and Reeves decided to team up for what could be the last film in the franchise.

“[Original co-director] Dave [Leitch] will tell ya, like, we did John Wick [in isolation], like, ‘That’s it. That’s the movie.’ No one was more shocked than we were when [Lionsgate] asked us to do a second one — and that was done as a single. And then we did a third one, okay, and that was meant to be done. Now we’ve been asked to do a fourth one and we’re like, ‘Okay, they’re all standalone. There’s no…plan. We’re kinda making it up as we go. But we finished the third one and Keanu and I are like, ‘Okay, time to move on. Let’s go do a romantic comedy or something. We’re good.’“

Stahelski added, “Then we just kinda met each other when we were doing the publicity tour and I think we were in Japan, and Keanu goes, ‘I think I got one more left in me,’ and we had one idea we didn’t use which we really loved and we have to cut it out of number three [Parabellum], just didn’t have the space for it. So we’re like, ‘Okay, we’ll do a fourth. That’s gonna be awesome. We’ll make a plan.’ The studios […] went, ‘We totally get what you’re trying to do.’ We submitted an idea or thematic [plan] and it was really big. So, we’re talking about doing a little bit more than a [John Wick 4], or something like that, and trying to develop that. We’ll see how that goes.”

The franchise has expanded from being a lower budget action film with plans for a spinoff series and possibly a spinoff movie, though none of those have gained traction quite like the main movies starring Reeves. We’ll see how the future of the John Wick franchise plays out in the future.