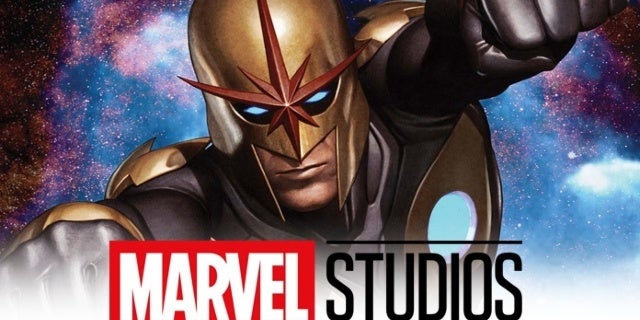 Nova has been closer to the MCU than we ever thought — and it’s just a matter of time until he’s on the big screen. Richard Rideer has, in fact, been cut from Marvel Studios movies twice, now. This is not new information, since Christopher Markus and Stephen McFeely revealed the idea of including him in Avengers: Infinity War to ComicBook.com nearly a year ago. However, the writing duo recently participated in ComicBook.com’s Quarantine Watch Party where they expounded upon the decision to keep Nova out of the movie after consideration to open Avengers: Infinity War with his debut.

First of all, why am I talking about Nova so much? Well, as the saying goes, I got some red in my ledger. By that, I mean Marvel Studios president Kevin Feige once asked me what my favorite thing about my favorite character is but I choked. I panicked. I lost my words and said, “Uhh, his costume!” No doubt, Nova’s costume is really cool. Still, more viable answers would have been the Worldmind, the feud with Annihilus, his power set, his relentless need to save people even when he has a low probability of surviving such a mission. There is even that one comic book panel where he says, “Let’s review. Your ride is toast. I’m Nova. You’re dead.” There are lots of reasons the character created by Marv Wolfman and John Buscema. Nope, I said his costume, so I’m seeking redemption.

Most people would remember their interviews with Feige for an awesome scoop they got, like revealing that Marvel has met with Keanu Reeves about roles. But, no, despite this scoop being dropped in my lap on the same day, I will always first remember following up on Nova’s “immediate potential” thing only to fold under pressure at the Captain Marvel press junket.

Feige did once promise me Nova has immediate potential for an MCU debut but that was now a couple of years ago, so we can’t sure if we’re closer to that potential being met or if plans have changed behind the scenes. If he is going to appear in Phase 4, it doesn’t look like it will be in his own movie. My social media whisper network swears there is a movie in development but, even if that’s true, the earliest we would see that looks like 2023, at this point.

So, for now, we have to look at where Nova almost made the cut – but didn’t.

First of all, James Gunn once had Nova in a script for Guardians of the Galaxy. This would have probably been a mere introduction of Richard Rider as a member of the Nova Corps, setting the stage for him to inherit the full power and Worldmind when Xandar is destroyed. Considering James Gunn claims he has read 75% of Nova comics, he seems like the guy to handle the intro. Avengers: Endgame co-director Joe Russo agrees but so, fingers crossed for a Guardians of the Galaxy Vol. 3 debut?

Speaking of Joe Russo, he once joked that Nova was hidden in Avengers: Endgame’s final battle until I e-mailed him and he admitted it was just a joke — leaving us Nova stans dusted like half the universe. However, it turns out Nova was almost in Avengers: Infinity War before there was any dust, at all. Markus and McFeely joined ComicBook.com’s Quarantine Watch Party on Sunday where I followed up on them once mentioning to me Nova was going to be in Hulk’s place, warning the Earth of Thanos after Xandar’s destruction.

In fact, it makes perfect sense, Nova’s comic book origin has been perfectly set up but I have already written about and made a whole video for that theory.

As the story goes, Hulk crashed into the Sanctum Santorum but we almost got the first few pages of Avengers vs. X-Men realized with Nova’s role for his MCU intro. Markus ultimately said Infinity War’s character roster had reached “critical mass” so after they got rid of the Xandar destruction sequence, it didn’t make sense.

It was an early idea, but we just reached a critical mass of new characters, and after we got rid of the Xandar sequence, it didn’t make much sense. -CM #Infinitywar #QuarantineWatchParty https://t.co/vuaq4kyt3C

Let’s review. This is twice now, in two epic movies, that Nova has been left out after having an introduction teased behind-the-scenes. It’s a good thing no one publicized this before the movies came out because us Nova lovers would have rioted and the dozen tweets would have been heard by a few a people! At this point, will Marvel Studios go with Richard Rider for a movie? Bringing Sam Alexander, a Nova first introduced in a 2011 comic, would be a great opportunity to introduce Marvel’s first hispanic hero to the big screen and he’s quite a popular character now.

Still, the long time Marvel Comics fans are hoping to see their boy Richard Rider have the sun shine upon him in the Marvel Cinematic Universe.