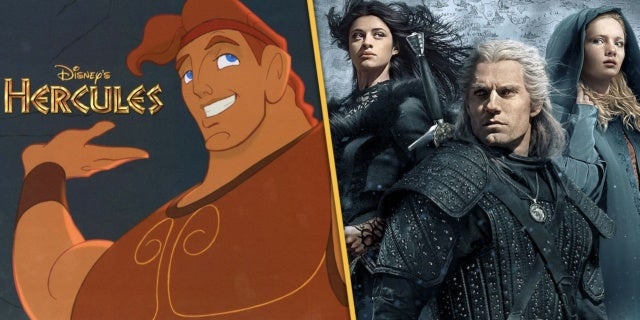 Earlier today it was revealed that Disney is developing a live-action remake of their hit animated film Hercules, and it will be none other than Jon Favreau and the Russo Brothers who will be bringing that particular film to live-action. That news has inspired a variety of reactions online, and it seems the news also quickly reached the Witcher-verse. We know that because Paul Bullion, who will be playing the role of Lambert in season 2 of Netflix’s hit show, threw his hat into the ring regarding the live-action movie, and we think Disney should definitely consider him.

Look, all I’m saying is that regardless of who plays Hercules, we’re going to need a new version of Michael Bolton’s Go The Distance, and yes, Bolton needs to be the one to do it once more.

Phones agent …. “Have they cast the part of Hercules yet?” …. https://t.co/T3XqbVcwYI

Hopefully, we get more concrete news regarding the live-action Hercules soon, but in the meantime, you can check out season 1 of The Witcher on Netflix now, and you can find the official description below.

“Based on the best-selling fantasy series of books, The Witcher is an epic tale of fate and family. Geralt of Rivia, a solitary monster hunter, struggles to find his place in a world where people often prove more wicked than beasts,” Netflix said. “But when destiny hurtles him toward a powerful sorceress, and a young princess with a dangerous secret, the three must learn to navigate the increasingly volatile Continent together.”

The Witcher is available to stream on Netflix now, and you can check out more from our Witcher coverage right here. You can also hit me up on Twitter @MattAguilarCB for all things Witcher!