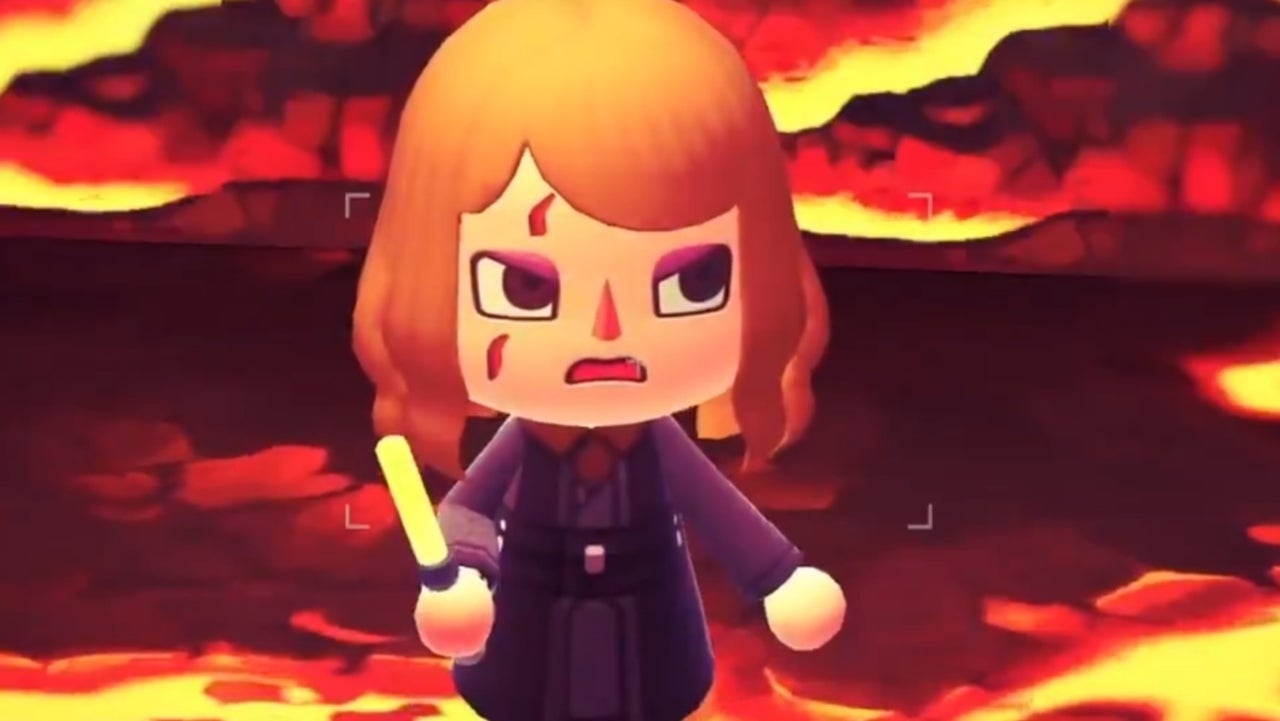 In what is just the latest in a long line of wild recreations of other popular media within Animal Crossing: New Horizons, business development analyst and game designer David Dino has gone and recreated the iconic Star Wars “High Ground” meme within the confines of the popular Nintendo video game. And while there is a little light editing to make the flip happen, the rest appears to be straight out of the Animal Crossing: New Horizons box, so to speak. It is honestly rather impressive.

If you’re somehow unfamiliar, the “High Ground” meme originates from the absurdity of the scene from Star Wars: Revenge of the Sith where Obi-Wan Kenobi (Ewan McGregor) is fighting Anakin Skywalker (Hayden Christensen) at the climax of the film. Obi-Wan flips onto land from a floating platform that was going down lava and tells Anakin not to try anything because he, and here’s where the name of the meme comes in, has the high ground. Anakin, of course, does try it and ends up getting his arm and legs chopped off.

You can check out Dino’s excellent recreation below:

Apologies for the high effort/low quality, but I had to remake the “high ground” scene from Revenge of the Sith when I got the magma floor/wall… xD #AnimalCrossingNewHorizons #anch #nintendoswitch #StarWars pic.twitter.com/1egVYxNtbt

Beyond the simple fact that it exists at all, Dino’s greatest accomplishment here is the use of the various expressions available in Animal Crossing: New Horizons — which are fairly limited — to get across the various emotions and actions of the scene. The bit where Obi-Wan is waving his “lightsaber” at the end is particularly inspired.

Animal Crossing: New Horizons is currently available on the Nintendo Switch. The game is currently running a museum stamp rally event that wraps up today. You can check out all of our previous coverage of the popular Nintendo title right here.