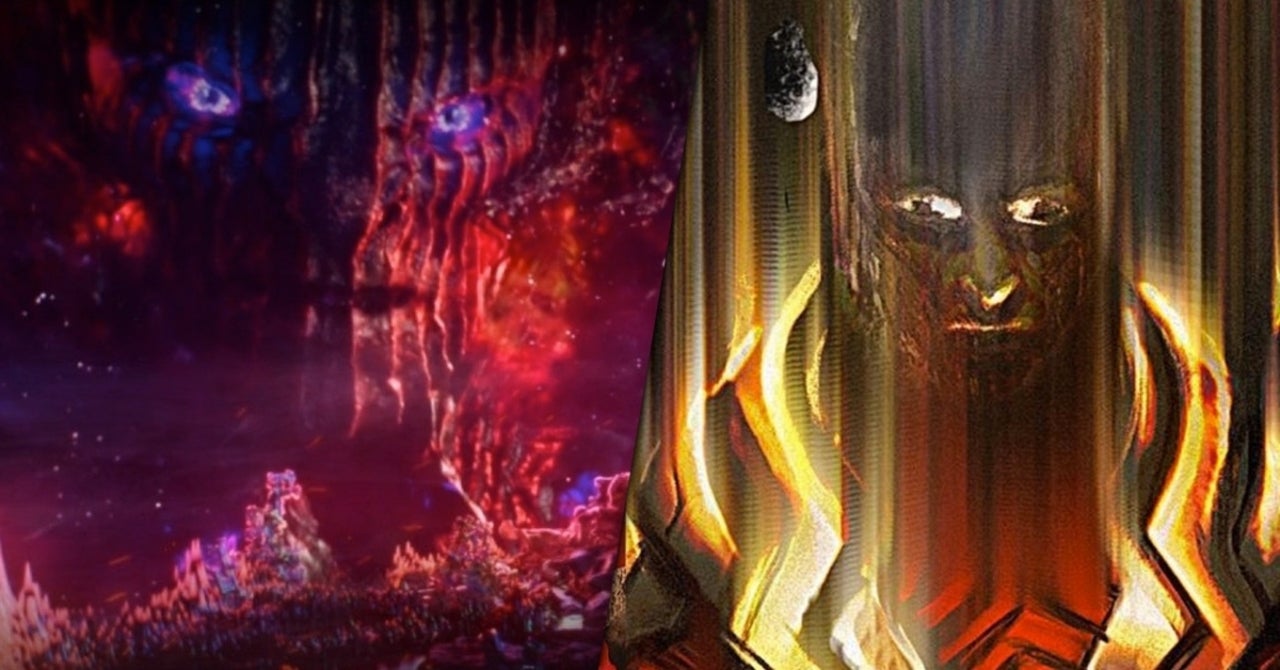 Thanks to the introduction of Doctor Strange (Benedict Cumberbatch) to the Marvel Cinematic Universe, the lid has been blown completely off of keeping certain properties grounded. The Scott Derrickson-directed feature introduced the multiverse to the MCU, including the Dark Dimension-dwelling dread Dormammu. The character was sparsely seen in the movie, only appearing briefly in the film’s climax with only a quick glimpse of his face visible. Though only a snippet was available, the Marvel Studios visual development team treated him like any other character, going through dozens of pieces of concept art for the baddie before settling on the final version.

Now, nearly four years after the release of the feature, concept art continues to surface. In one recent piece posted by visual dev artist Jerad Marantz, the character had a look in one iteration that wasn’t too far from what fans could expect from Mephisto – especially with the red and black colors and overall spookiness of the piece. See it for yourself below.

“Here’s an old Dormammu option I did for Doctor Strange back in the day,” Marantz writes on Instagram. “Always liked this version. At this point, we were playing around with more human options. Really fun show.”

In the movie, Cumberbatch actually performed the motion capture for Dormammu and Marvel Studios combined his voice with that of an uncredited actor. At one point, horror icon Tony Todd had recorded lines as the Strange nemesis, though the studio eventually decided to go in another direction.

“I have to tell you about one recent disappointment. I almost did ‘Doctor Strange.’ I went in to do a session to play Dormammu. Benedict [Cumberbatch] had already recorded it but the producers wanted another voice just as an alternative,” Todd said in an interview long after Strange hit theaters. “We did a six-hour session then two weeks before the movie came out they let me know that they went back to the original choice.”

Do you think Dormammu will return to the MCU? If so, let us know where you think he’ll pop up next in the comments section!