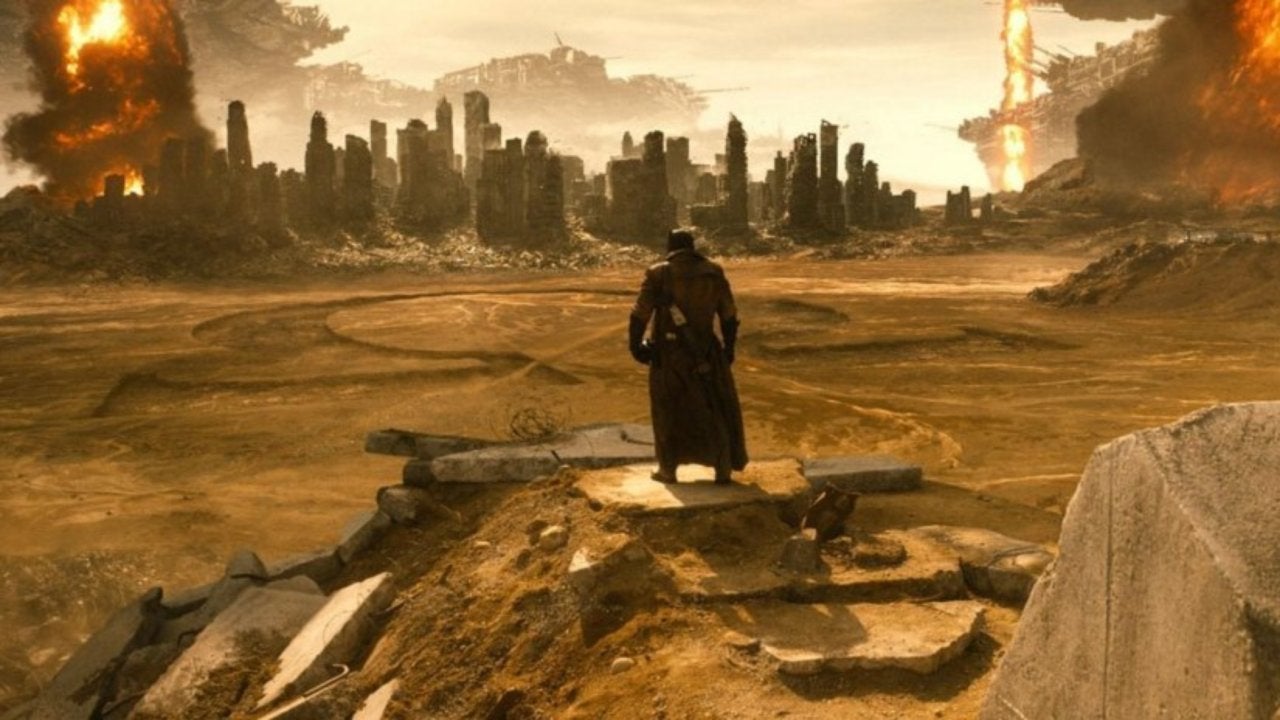 At long last, the Justice League Snyder Cut – or Zack Snyder’s Justice League, as Warner Brothers officially calls it – is on the way. With it will reportedly come with upwards of four hours of footage, including more sequences with Batman (Ben Affleck) and his Parademon fight sequences. Responding to a fan comment on Vero, Snyder himself confirmed this week that his take on the movie will include additional “Knightmare” sequences, providing an extra explanation on the bizarre moment that first surfaced in Batman v. Superman: Dawn of Justice.

OTHER: Okay, now he’s just playing with my feelings. from r/DC_Cinematic

Earlier this year, Snyder held a watch-along for Batman v. Superman, where he helped explain the scenario a little bit. In the movie, Barry Allen (Ezra Miller) races through time to warn Bruce Wayne (Affleck) to save Lois Lane (Amy Adams). Should she be killed, it would set Superman (Henry Cavill) on the path of teaming up with Darkseid, which results in the world viewers saw in the Knightmare sequence. “I guess it’s boring for him waiting for it to decrypt so he fell asleep, maybe or I’m not sure. Maybe it’s a by-product of Flash cracking on the cosmic treadmill or whether it creates some sort of rift where it allows Batman to see into the future. It could be a combo of those things,” Snyder said.

“We have a convoy that’s just returned from some sort of mission, where they’ve captured something. We have a big omega symbol etched into the Earth out there, which is Darkseid’s logo,” he added. “There’s a culture here where Batman’s running the show and defending what’s below us.”

Though unseen in the movie, Batman helps lead the human resistance against the regime of Darkseid and Superman, the hero-turned-villain that blames Batman for the death of Lane.

“This is the lake and below us is what is the Batcave to use to turn into their [the resistance] headquarters. They’ve stolen this thing from the old LexCorp which is a piece of kryptonite but no, it’s a trap — it’s a green light. Then you see, these are the Superman Stormtroopers that have set the trap for Batman because Batman’s the guy Superman is looking for, more than anybody.”

What other surprises do you think Snyder has in store for his version of Justice League? Let us know your thoughts in the comments section!