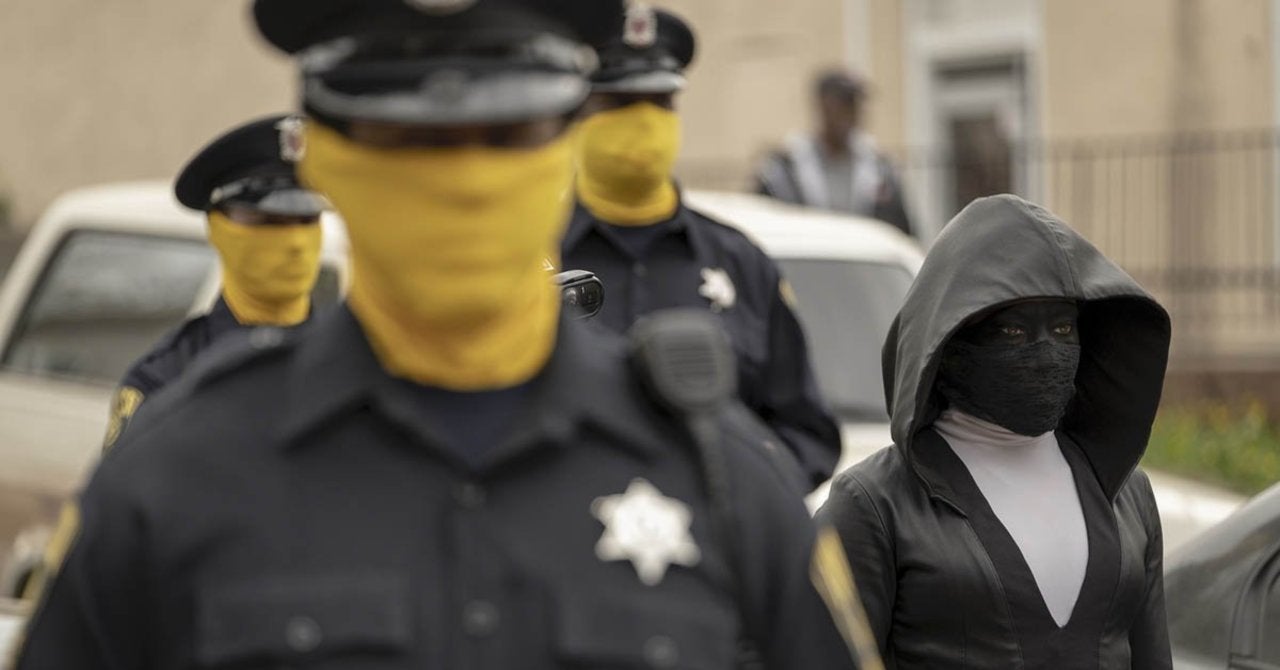 Last October, Damon Lindelof‘s Watchmen debuted on HBO. Described by Lindelof as a “remix” of the original DC Comics series of the same name created by Alan Moore and Dave Gibbons, the series picks up the story 30 years after the events of the comics and explores the impact of the comics’ original events as well as takes on other aspects of the story’s alternative reality setting. A major focus of that exploration is centered around racism, and while it’s been less than eight months since Watchmen debuted, the series is proving, thanks to current events, to be more timely now than ever.

Watchmen kicks off its story not in the present day, but in 1921 during the events of the Tulsa Black Wall Street Massacre, an event that ultimately has major impact on the series’ story. The series’ opening follows a young black boy who, as the city erupts in violence around him, is sent out of the city by his parents who perish in the riots. He survives, along with an orphaned baby. The story then picks up in 2019 with a black police officer being shot by a white supremacist group called the Seventh Kalvary, who has taken up arms against the Tulsa police for perceived racial injustice. Woven into the story as the series plays out, viewers are told about an event called White Night in which the Kavalry targeted police officers prompting them to begin wearing masks to conceal their identities, as well as clues about the long-simmering racial unrest as the Seventh Kavalry gets closer and closer to their ultimate goal of destroying Doctor Manhattan and taking his powers so that they can completely push their racist agenda. All the while, the threads of that young boy in Tulsa’s story create a direct tie from the racism and brutality of the past to the series’ present day.

The real Black Wall Street Massacre marks its 99th anniversary Sunday, May 31st during a weekend marked by nationwide protests against racism, white supremacy, and police brutality. Comparing reality with the series, which became available for streaming on the newly-released HBO Max, is almost a little eerie. When you strip away the more fantastic elements such as Doctor Manhattan’s superpowers, the squidfalls, the presence of Lady Trieu and her Millennium Clock, there are some unsettling similarities, most of them centered around racial injustice.

According to the Southern Poverty Law Center’s Hate Map, white supremacy hate groups are on the rise. According to the organization, there has been a 55 percent increase in white nationalist hate groups since 2017. There have also been more visible instances of police brutality carried out against black Americans. In the early months of 2020, there have been several instances in which black Americans have died at the hands of police officers, Breonna Taylor in Louisville, Kentucky and George Floyd in Minneapolis, Minnesota are the cases that have drawn the most recent media attention. Floyd’s death, in particular, was recorded on video, capturing a white Minneapolis police officer keeping a knee on Floyd’s neck for over eight minutes. Floyd’s death prompted protests not just in Minneapolis, but across the country with many of them turning violent as businesses were damaged and looted. Reports as to how the violence began remains mixed, with there being reports across social media suggesting that some of the violence is being instigated by white supremacists while others suggest the violence is being carried out by “antifa” groups.

Outside of the race issues, Watchmen also eerily connects to another aspect of current events: masks. The racial unrest currently exploding across the country is happening in the midst of the global coronavirus pandemic. COVID-19, the disease caused by the novel coronavirus, has up until recently brought life in the United States to a standstill. While many communities are starting to reopen, the CDC has recommended the use of masks and face coverings as a method to help reduce transmission of the virus. While the masks certainly aren’t the same as the masked police force in Watchmen, it does create sort of a strange visual that no one could have predicted last October when the series debuted.

Most of the parallels between Watchmen and current events were likely not things that anyone could have predicted when the show debuted or even when Lindelof first sat down to work on it. Still, it certainly makes the approach of centering the story around America’s real story of inequality all the more timely.

“I think that it sort of all comes back to what I believed and what many of the people who worked on the show believe Watchmen to be,” Lindelof recently told ComicBook.com. “I think as a huge fan of comic books my entire life, the reason that… I was around 13 years old was that it was the first comic book that dealt with what we would call here in the real world actual historical events. If you take Superman or Batman or The Flash or Green Lantern or any of the DC characters, they all occupy fictional places like Metropolis or Gotham City or Central City, et cetera. Certainly, the Marvel Universe incorporates New York City, but the idea of dealing with actual presidents like Nixon or the Vietnam War or the assassination of JFK, those are all things that don’t really exist in comic books, but yet existed in Watchmen.”

He continued, “When I was first contemplating what the world of Watchmen would like 30 years after the events of what happened in the ’80s, it felt like it was really important to acknowledge that although Watchmen was alt-history, what’s happening in our real history. Instead of saying ‘Here’s what’s happening in our version of 2019’ or our contemporary history, let’s look back into the past, because I always considered Watchmen was a century story. It takes place in the 1930s and early ’40s.”

The result is a show that hits a lot closer to home today than it did just a few months ago.