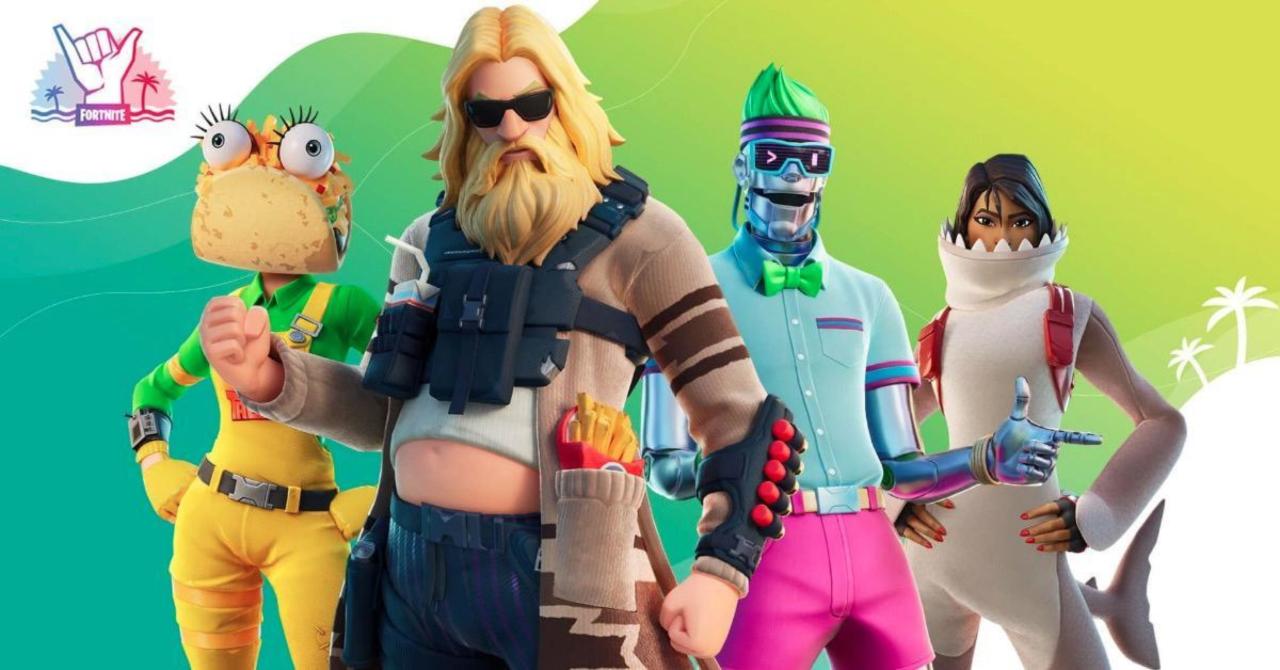 Earlier this month, Fortnite Chapter 2 Season 3 kicked-off, covering the game’s map in water, and adding a nautical theme. That theme happens to fit in perfectly with the summer months, and Epic Games has announced the Summer Splash 2020 event to coincide. During the event, players will have the opportunity to engage in both new and classic limited time modes. Additionally, several skins and items will be available to match the theme. These will include outfits inspired by mini golf, sharks, and other summer staples. According to Epic Games, Summer Splash 2020 will last through the end of Season 3.

As far as LTMs are concerned, Epic Games has announced that the following classic modes will be back this summer: Catch!, Close Encounters, Fog of War (originally known as Sneaky Silencers), and Unvaulted. The modes will feature some changes, in order to match the summer theme, but further details have yet to be revealed. A future update will also add a new version of Operation: Knockout, a “reel ‘em in royale, and a game of elimination-powered upgrades.” Last but not least, the game’s Summer Drift and Beach Bomber skins have also returned, and will be available in the Item Shop.

Coupled with the recent changes to the game, it seems that Fortnite fans will have a lot of ways to enjoy the game over the summer months! After numerous delays, Season 3 debuted on June 17th. The game’s water theme came about as a result of the Doomsday Device Event, in which The Agency was destroyed by Midas, and a giant wall of water temporarily surrounded the game’s map. Eventually, that water came crashing down, flooding parts of the map.

Summer is just getting started with the Fortnite Summer Splash 🌊

Throughout the season dive in for a rotation of refreshed classic LTMs along with some all-new modes. Also, keep an eye on the Item Shop for new and returning summer styles!

Fortnite is currently available on PlayStation 4, Xbox One, Nintendo Switch, PC, iOS, and Android. You can check out all of our previous coverage of the game right here.

Are you excited for Fortnite‘s Summer Splash event? Which LTM are you most looking forward to? Let us know in the comments or share your thoughts directly on Twitter at @Marcdachamp to talk about all things gaming!