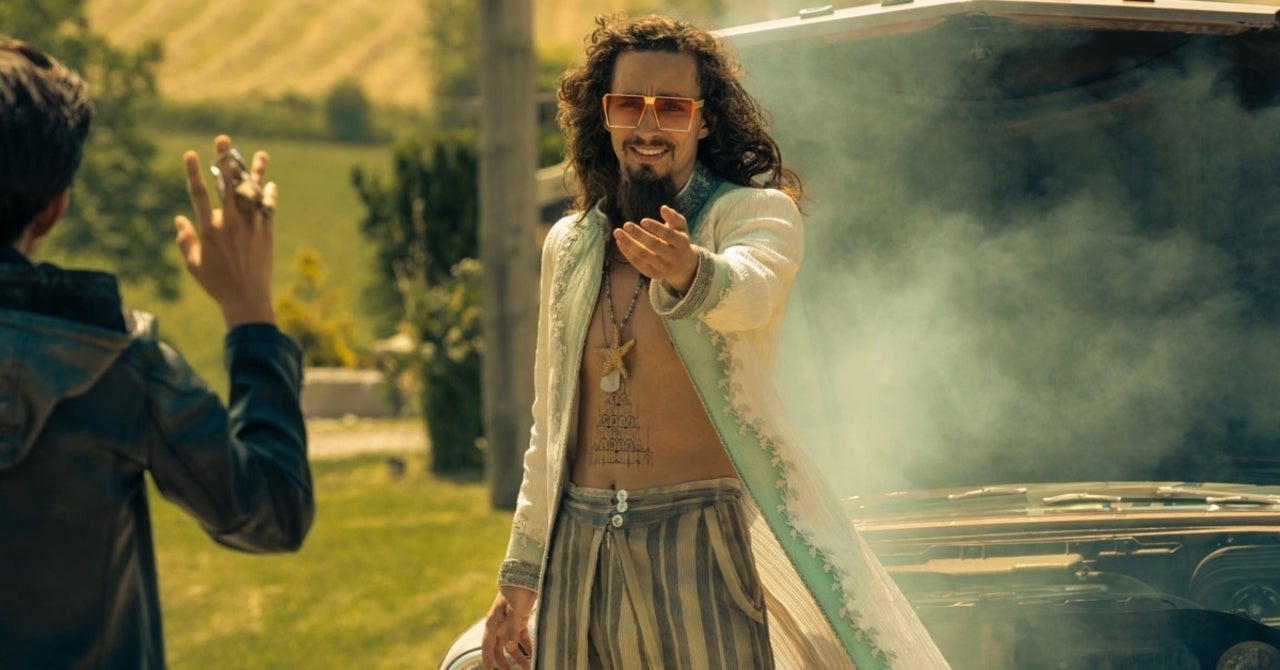 The second season of The Umbrella Academy has arrived to Netflix and with it, a reunion with the estranged Hargreeves family. The show has only been available for a matter of hours as of this writing, but there’s already one character that’s become a major trending topic on Twitter. If you guessed Klaus, you’re right — fans still can’t get enough of the eccentric cult leader played by Robert Sheehan. Along with the show itself, Klaus has become a trending topic on Twitter as fans rave about the character’s story arc in the show’s sophomore outing.

When we spoke with Sheehan earlier this month, he told us his character’s arc was something concocted by both he and series showrunner Steve Blackman.

“Actually that came out of me and Steve (Blackman, showrunner). That’s the truth. That’s the God’s honest truth,” Sheehan said. “So we were talkin’ about the ’60s being the kind of likely time period we jump back into it. And, I was like, ‘You know what makes Klaus interesting? It’s when he’s sort of tumbling into a different form. He’s transforming into something, he’s changing, changing, changing all the time.’ And I said that it would be good if he became a cult leader.”

Keep scrolling to see what Umbrella Academy fans are saying about Klaus in season two, but be warned: spoilers lie ahead.

me watching umbrella academy season 2, remembering absolutely nothing that happened last season except for that I love klaus: pic.twitter.com/tL18PM7eGH