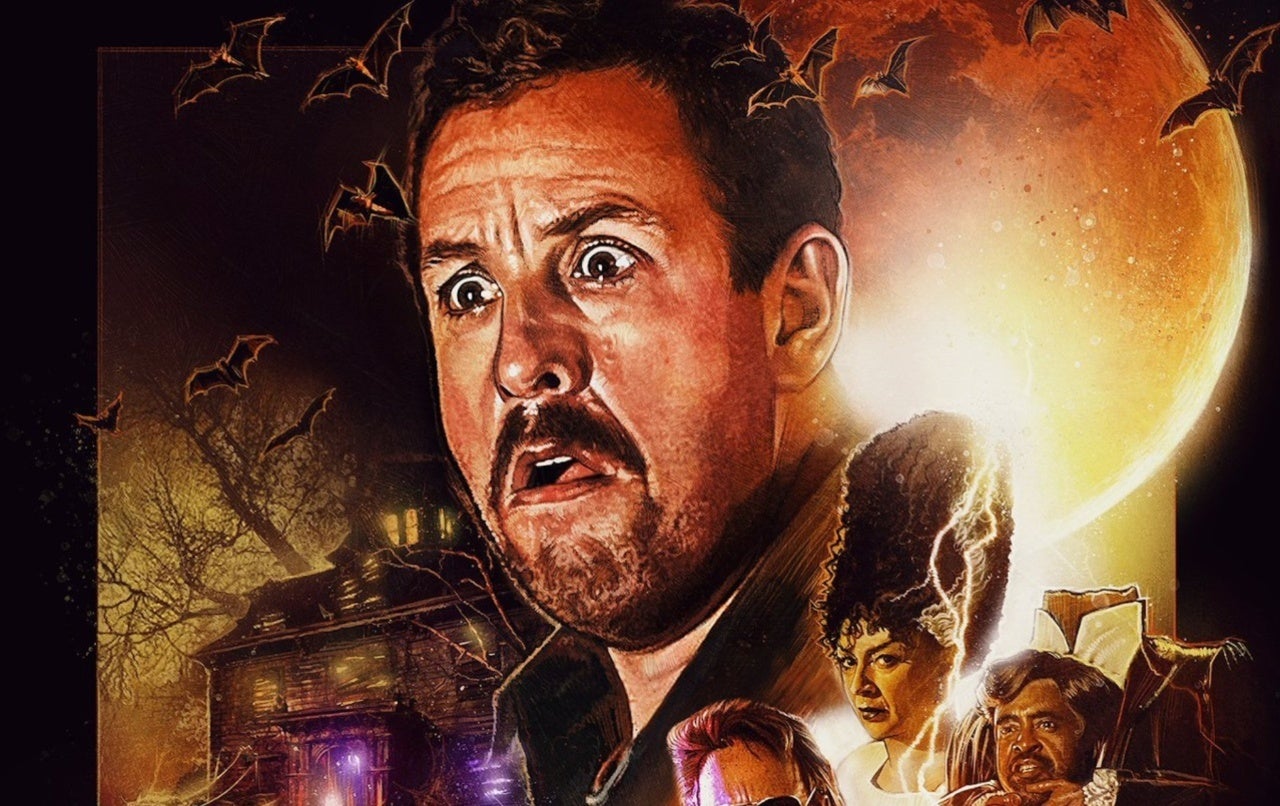 Netflix and Adam Sandler are looking to open this Halloween season with a bang, releasing a brand new original film in the first week of October. Hubie Halloween, the latest project from the deal between Sandler and Netflix, is going to match the spookiness of the season with the silliness that the Sandman has long been known for. The trailers have shown just how well those two things are balanced, and the newest poster is hoping to prove the same thing.

On Wednesday, a new poster for Hubie Halloween was released, and it’s calling back to a lot of popular horror posters from the past. Sandler is front and center at the top of the poster, surrounded on all sides by his co-stars. Take a look!

A lot of those names are very familiar to fans of Sandler’s career. James, Meadows, Buscemi, and Schneider have often appeared alongside Sandler in his films. It’s also exciting for fans to see Sandler and Bowen working together again, having starred opposite one another and the beloved comedy Happy Gilmore.

Hubie Halloween is directed by Steven Brill with a script that Sandler co-wrote with Tim Herlihy. Sandler also produced the film alongside Kevin Grady and Allen Covert.

“Hubie Dubois (Adam Sandler) thanklessly spends every Halloween making sure the residents of his hometown, Salem, celebrate safely and play by the rules. But this year, an escaped criminal and a mysterious new neighbor have Hubie on high alert. When people start disappearing, it’s up to Hubie to convince the police (Kevin James, Kenan Thompson) and townsfolk that the monsters are real, and only he can stop them.”

Are you looking forward to checking out Hubie Halloween this October? What do you think of the new poster? Let us know in the comments!

Mass Effect TV Series Idea Makes Former BioWare Writer “Cringe”
Next PS5 Target Restock Will Reportedly Be One of the Biggest Restocks Yet
Hawkeye and Venom: Let There Be Carnage Reportedly the Most Shared Titles on Pirating Networks and Communities
Shroud Reveals What Keeps Him From Totally Dropping World of Warcraft for New World
Surprise PlayStation Plus Freebie Now Available to Download