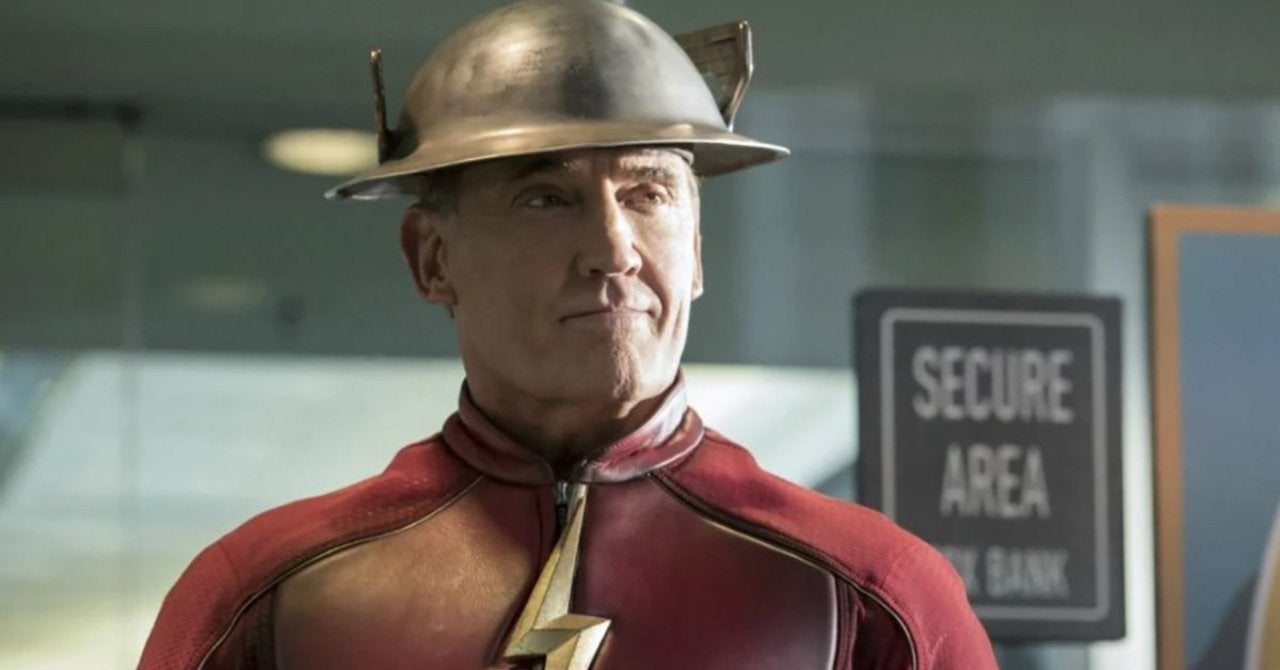 “Crisis on Infinite Earths” made some sweeping changes to The CW‘s Arrowverse when the known Multiverse was destroyed only to be reborn as the merged reality, Earth-Prime. On The Flash, the show that most dealt with visitors from other Earths, that meant the presumed loss of a number of beloved characters, such as Earth-2’s Harrison Wells and Jesse Quick as well as Earth-3’s Jay Garrick, a character who had become something of a mentor to Barry Allen — and helped sound the warning about the impending end of worlds in the first place. While Jay’s demise wasn’t seen on screen, his survival wasn’t confirmed either but now it sounds like fans will get to see more of the popular character. Actor John Wesley Shipp confirms that he will be back as Jay Garrick sometime in Season 7.

Shipp told Den of Geek that The Flash showrunner Eric Wallace has told him that there are ideas for Jay Garrick going forward on the series — and that Jay and his wife, Joan (Michelle Harrison) are, in fact, on Earth-Prime.

“I know Jay Garrick is coming back to the CW show, but they were supposed to be at a further point in the story,” Shipp said. “They didn’t get to play out the end of season six because of COVID as we know, so they’ve got to tie up some things. Eric Wallace has said that he does want to talk to me about some ideas about Jay Garrick going forward.”

“We know that Joan and Jay are on Earth-Prime,” he continued. “We’ll see what they come up with. My experience with this group is that they’ve given you every reason to have faith that whatever they come up with is going to be interesting and you’re going to want to play it.”

There are quite a few different ways that Jay could be functioning on Earth-Prime. As we’ve seen thus far, a lot of little details about things have changed with the merging of worlds. Hartley Rathaway/Pied Piper, for example, had become a Team Flash alley at one point, but “Crisis” returned him to the role of antagonist. However, the series brings Jay into things, Shipp is right when he says the series has to tie things up a bit before going forward. The COVID-19 pandemic led Season 6 to end a few episodes shy of plan and the series will be tying up those loose ends early on and Wallace.

“These last three episodes of this season were already written, and in fact the episode after this, where you get to see exactly where Iris went to, has already been 90-percent shot,” he said earlier this year. “So, it’s very strange for me that we were one day away from finishing that episode which suddenly is our Season 7 premiere. Fortunately, you find out where Iris went and, oh boy, will there be tears. Oh my. Tears in our season premiere.”

Are you excited that John Wesley Shipp is returning to The Flash? Let us know in the comments.