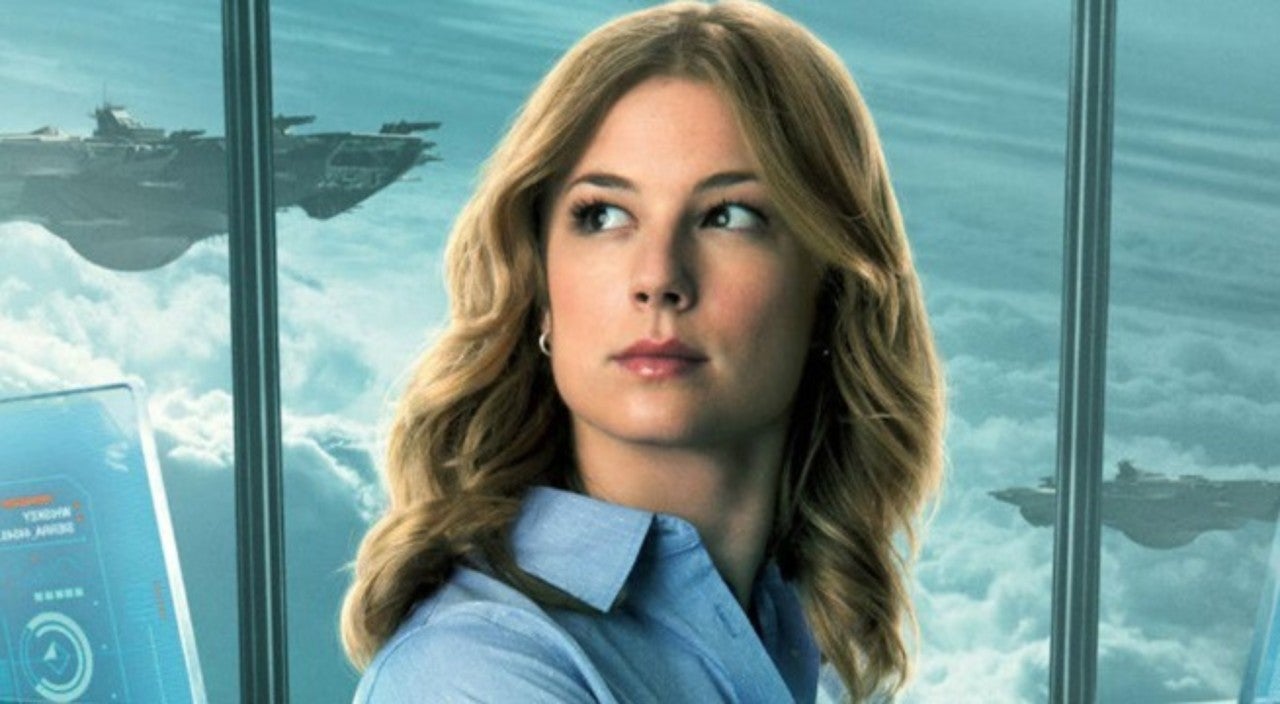 The Falcon and the Winter Soldier was supposed to be the first Marvel live-action series to hit Disney+, but it’s been postponed until next year due to the coronavirus pandemic. In fact, they’re still shooting the series and we’ve gotten a glimpse of some on-set photos. Earlier this year, we got a peek at Emily VanCamp, who is reprising her role as Sharon Carter/Agent 13 from Captain America: The Winter Soldier and Captain America: Civil War. A recent image shows her smiling wide on the set of the upcoming Disney+ series.

“#EmilyVanCamp on the set of #FalconAndTheWinterSoldier. Try timing a smile between crisscrossing crew,” @onset.unseen shared. You can check out the photo in the Instagram post below:

The Falcon and the Winter Soldier takes place in the MCU and follows the adventures of Sam Wilson (Anthony Mackie) and Bucky Barnes (Sebastian Stan) after Captain America retires at the end of Avengers: Endgame. In addition to VanCamp, the show will also feature Wyatt Russell as John Walker/U.S. Agent. According to Mackie, the series will feel like a six-hour Marvel Studios movie rather than your typical television series.

“We were in Europe, and everything got crazy in Europe first,” Mackie said. “So they shut us down two weeks before the U.S. shutdown. It was really amazing just because I feel like we’re the first Marvel show or movie that had budget constraints. And that was always my [experience], ‘It’s Marvel, we could shoot forever.’ And they’re like, ‘Nah.’ So it was a very different experience from the rest of the movies. But at the same time, it was a lot of fun.”

2020 now officially marks the first year since 2009 that the Marvel Cinematic Universe will have not released a new movie. Marvel’s current updated release schedule sees Black Widow dropping in theaters on May 7, 2021. It is followed by Eternals on November 5, 2021, Shang-Chi and the Legend of the Ten Rings on July 9, 2021, Spider-Man: Homecoming 3 on November 5, 2021, Thor: Love and Thunder on February 11, 2022, Doctor Strange in the Multiverse of Madness on March 25, 2022, and Captain Marvel 2 on July 8, 2022. Disney+ recently pushed The Falcon and The Winter Soldier to 2021 but promised WandaVision would be arriving on the streaming service in 2020.